The Flame is back – Rambo or Arteta – Gnabry to start? 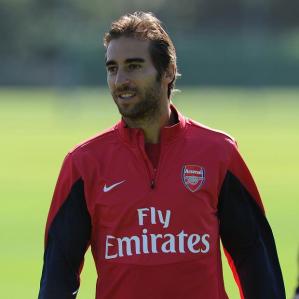 The Flame is back!

The Eagles could either put up a proper fight tomorrow and like savages throw everything at us, or they might crumble from the first minute of the game. Hard to tell, but whatever they do Arsenal’s quality should shine through and three points should be taken home tomorrow.

We need to rock on and play with discipline and focus and once the game is won, I hope the boys have mercy with their wounded opponents.

I reckon Arsene will start with a strong as possible side, as he will really want to win this and not leave anything to chance tomorrow. Many of the first teamers can have a rest during mid-week, so every reason to start with our strongest eleven at Selhurst Park. For me, that would include Jack Wilshere, but it looks he might be rested tomorrow to allow his ankle to recover further. If there is no Jack, then I reckon Gnabry will get another game on the right.

And who will play in the double-DM pivot? Flamini is back and should play, and I reckon Arsene will play Ramsey next to the Frenchman in order to give him a boost to his confidence after a rare mistake by the Welshman in last week’s CL encounter with Dortmund. For me, Aaron is a natural B2B and Flamini will allow him to express himself again. It could also be that Arsene will play FlamTeta in the pivot, as that would give him the more solid defensive structure he seems to prefer in away games. We will have to wait and see.

Defence should remain the same, but maybe Fabianski gets a rare start tomorrow….? 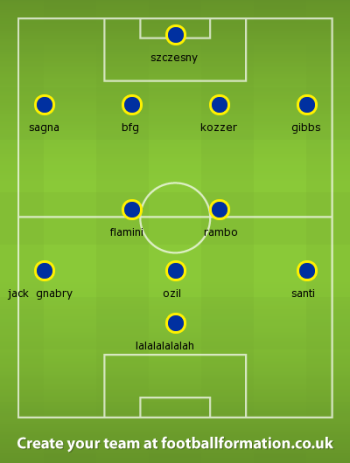 I just hope we will play with a high tempo from the start and try to win this game as quickly as possible, and not give the opposition a change to get into it. A nice and quiet Selhurst Park is what we want.  I am also hoping for a rare clean sheet as we need our defence to start building some momentum now with some big games coming up soon.

233 Responses to The Flame is back – Rambo or Arteta – Gnabry to start?