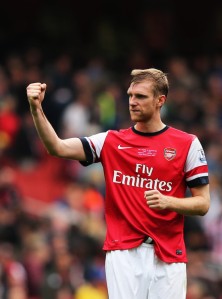 Much has been made about our loss against the Northern Oilers by the media, and IF we were to lose to the Southern Oilers on Monday as well, expect it to get much, much worse. We the supporters need to stay calm and focus on the war rather than the battles. This is not a tournament but a 38 stages competition, and the only thing that really matters is, who will have collected most points after the last round of games in May.

I think we will finally beat the Maureen-Chavs on Monday if the referee is fair and consistent, but this is for another post, which our esteemed fine fellow Gooner 17HT will provide. But ultimately, it is really just another game; not more or less important as the next game and the game after that. Beat the Chavs and lose to the Hammers, or vice versa, and it’s still three points lost.

We are entering a period of 216 hours in which we will play four times and twelve points are at stake.

I predict that over the four festive season games all top teams will have won and lost about the same number of points; it is how it usually goes around this time of the year. Key for us is to stay focused whether we beat the Chavs or not: quickly forget the result and move on to the next game. I also predict we will still be ToTL after New Years Day with a gap of two to three points with the rest.

I believe the recent adversity combined with a well-needed nine day rest will form the perfect platform for an Arsenal ‘through-start’, and it might well be that we will actually do better than our competition between now and 1st January. The combination of wanting to make up for the losses against Napoli and Citeh and a period of rest and regrouping of the troops, should serve us well in making a renewed statement of intent.

Why we are going to win the League

Structurally, there are four aspects to our game that make us a strong contender to win the league this season:

Our home record is good but not as great as our direct competition, with especially Citeh performing well in front of their crowd. We need to score more at home, but other than that we are doing fine if it was not for that horrible first game against the Villans. Of course, we can also strengthen the team in January and we’ll see whether that will happen. But for me, there are some good structural reasons why we will build further on our current FANTASTIC position and win the league come May.

Keep believing and supporting with all you’ve got fine, fellow Gooners, and let’s keep our eyes on the price by focussing on one game at a time (OGAAT). This team is going to win the League. 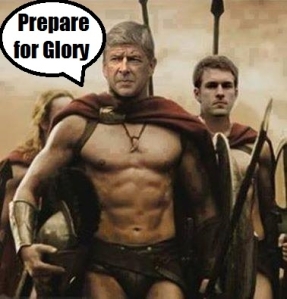