Posted on January 9, 2014 by TotalArsenal 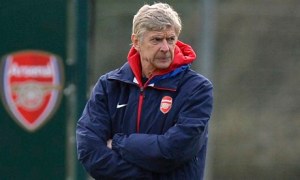 Last month’s game against the Chavs was one of the most boring we have seen in a while. Many fellow Gooners felt we should have made a ‘statement of intent’ by giving our all to smash Maureen’s Chelsea at our 10th attempt. A win over him at the Emirates would indeed have been a very welcome early Christmas present, but it was unrealistic to expect it.

Furthermore, for any top team to beat a Maureen-team, they will have to take a lot of risk by attacking in numbers and leaving the back exposed, and it could all have ended up easily in disaster. It is exactly what the self-adoring one wants and many have fallen for it in the past; and so have we. Last month,Wenger showed he has learned his lesson as he was able to contain himself; and for that I salute him.

Despite having produced some very fine footballers over the years, the Portuguese are not renowned for spectacular football. They are, for example, the nemesis of Dutch football, both at club and national level. They love to defend and absorb pressure and then beat teams on the counter, and, as we all know, Jose Mourinho is the management-embodiment of this style of football – and AVB is made of the same cloth.

It is all fine as long as the opposition is prepared to play along: to attack – and therefore take risk – and take the game to them. If they don’t, but play safe themselves as well, the game will turn into a boring Chess game. If all teams play like Maureen-teams very few people would still enjoy football. As such, Maureen lives of the goodwill to entertain of others, especially against the top teams – pretty similar to a parasite.

Last month, on a ‘special Monday’, hundreds of millions of supporters and neutrals were treated to a horrible, double-antler of a footballer game, and the main culprit for this is Mourinho. He has been under pressure for a long time to play more attractive, attacking football, with the only exception – unsurprisingly – during his Inter spell. Against the top teams, Maureen is totally dependent on others wanting to play attacking football in order for a game to turn into something watchable. The Chelsea stinking rich owner wants him to change but fat chance for that.

For once, Wenger decided not to play along with the Chelsea manager and by doing so the game turned ugly: slow, unimaginative football with very few chances and little to cheer about. It was a price we had to pay for the greater, long term good of the club in my opinion. Mourinho’s comment that Arsenal had been boring must have been music to Arsene’s ears: it showed he had finally gotten under his skin. With accusing Arsene of playing boring football Maureen had made a fool of himself.

Wrongly, Arsene is often accused of lacking behind in the tactics department compared to Mourinho. The Frenchman does not rate game-specific tactics as highly as the Portuguese does, but it does not mean he is not capable of applying it if required. Arsene has his team(s) play a style of football that should conquer all without having to adjust much, if at all, to the opposition. The aim is to play attractive, winning ‘total’ football that inspires football fans around the world. And Wenger will always be remembered for this ambition and ability; unlike the current Chelsea manager, who will end up with more medals but shall never be remembered for his lasting contributions to the beautiful game.

Arsene has not got a team right now, or at least they are not ready yet, to play such football against the bigger teams and come out victoriously every time. And against a Maureen-team he will need a super team, especially when he puts three defence-minded midfielders in front of his back-four with the aim to kill us on the counter (the most basic ‘tactics’ in football).

Beating Chelsea before Christmas would have been brilliant but the risk of losing was too big this time. And had Giroud been just that little bit more sharp and lucky, we might have done just that.

I reckon when we will look back at the end of the season, we will all recognise the significance of Arsene’s tactics on that day. It was short term pain for long term gain. Well done Arsene.

88 Responses to 23 December 2013: the day Arsene mastered and embarrassed Mourinho