Bergkamp’s Benediction Complete? Surely Not Yet! 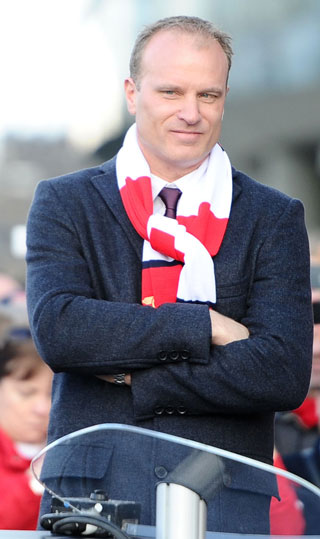 Finally, Dennis Bergkamp was given the recognition by the club he thoroughly deserves. On Saturday 22 February, the non-Flying Dutchman’s ‘in-flight’ statue was revealed outside the stadium among many fans. Truly great people accompany their phenomenal successfulness and lightness of being with a healthy, natural dose of humility. Dennis is not a man of many words, but you only have to look at his face to see what this statue means to him; he was truly humbled by the occasion.

We all know what Dennis brought to our club with his vision, passion and talents. He was the embodiment on the pitch for Arsene’s Wengerball; and, like him, he understood the rare value of loyalty – of sticking with something rather than choosing the easy route to ‘success’, by seeing something through till the end. 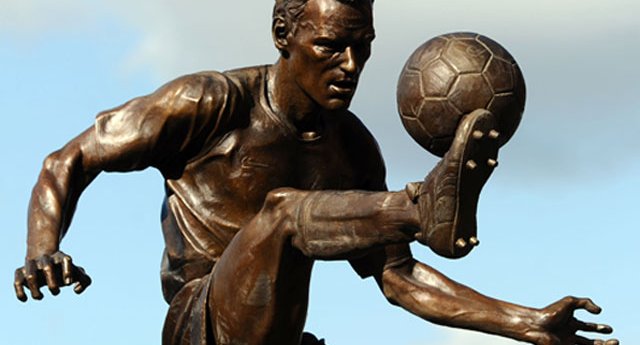 Bergkamp does not need a statue to become immortal with many generations of Arsenal supporters, as he simply already occupies in each and every one of us, a permanent mass of brain cells directly linked to our ability to appreciate beauty and love for Arsenal; indeed, many of us simply refer to him as ‘God’. But it is nevertheless a fine gesture by the club, and an appropriate recognition of what he meant, and means, to us all.

As such, his benediction – the state of being blessed – appears to be complete. And yet, it feels there is still more to come. As we all know, Dennis has moved into football management, albeit in an assistant role to De Boer at Ajax.

The question is whether he will ever move into the top job, as he appears satisfied with his current subservient role, which also requires a minimum need to fly in scary aeroplanes, of course. I can only see it work in a two-headed club manager role, in which Dennis stays home when the team plays far way.

But, even in an assistant role Bergkamp could make a real difference at our club. He could work with the likes of Jack, Ox, Zelalem, Eisfeld, Ramsey etc etc, and turn them into top class players. At Ajax, the fruits of his hard work are mostly wasted, as they simply cannot keep hold of their talents anymore. A real shame – an international disgrace, in fact.

Therefore, it would only make sense for Dennis to join us in the near future and take his rightful place next to Arsene and Steve. Please make it so, Arsene!

40 Responses to Bergkamp’s Benediction Complete? Surely Not Yet!