Posted on February 2, 2015 by TotalArsenal 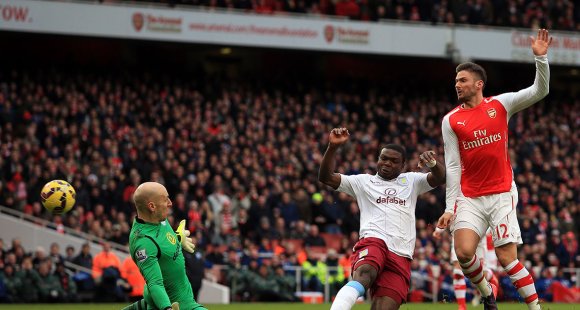 Well that was just what the winter-blues doctor ordered: five cracking goals, a clean sheet, two points gained on both Oiler teams and three on the Saints. It was not all super positive as we failed to add a second goal in a dominant first half and allowed Aston Villa a few half-decent chances at the start of the second half. But once the second goal went in the Villains’ resolve was damaged beyond repair and we then powered on emphatically.

Not much time tonight, but here are my eight positives from the game:

These are my big eight positives but I am sure there are more…  And will Arsenal still sign someone before the TW closes, and if so: who?

This entry was posted in Uncategorized and tagged match afterthoughts, premier lea. Bookmark the permalink.