Rumours are flying–as they have been for the past several months.  Everybody else is buying but we haven’t.  The Last thing the Internet needs is another article about Arsenal and the Transfer Window, but here goes…

What would it take to open the Wenger Wallet?  Will he or won’t he?  Should he or Shouldn’t he?

For better or worse, Tomorrow evening will be one of the biggest of the season in European football.  No balls will be kicked in anger, as they say, but surely some will be kicked in effigy… Winning the Window has become almost as big a competition as the league and tournament trophies clubs compete for over the course of the football season.

It’s likely a function of changes in our culture.   Club football began in an era of workers supporting their own in Saturday battles on sodden pitches.  Often ale fueled and as violent as they were celebratory, matches were nonetheless a way to let off steam and carry over until Monday.  A season’s worth of these low scoring games–watched from tightly cloistered terraces–got one–and one’s community–to the festive season and through the darkest days of the year.

Today we watch on our big screens in high definition, typing and tweeting our impressions almost as soon as they occur to anybody on the planet who will listen ( or read).  Even at 90 minutes and with just a quick 15 minutes at halftime to clear one’s beer (or other beverage of choice) we lack the patience to see what will happen.  As soon as the line-ups are out we’re doomed (or buoyed) and with each goal, card or kick, our impressions are further fleshed out.

If the game (or season) isn’t won beforehand (it seems, these days) it almost might be too much to endure.  And, if games are too long, you had better believe entire seasons are MUCH too long.  In a world requiring instant gratification, August to May is an eternity.

So, let’s win it now!  Or at least talk about whether or not we can win it.  Surely we cannot wait until May to see how Arsenal have done.  If there’s a title (or a trophy) to win, surely we have to argue about if we’ve done enough to be sure we will.  Zen man says “stay in the moment,”  Football fan says, “We Are the Best Club in the World” or, if not, “f*ck off, eh.” 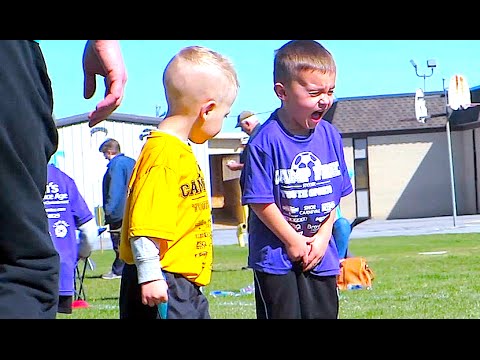 So, why shouldn’t folks have their fun–even if it resembles a form of torture?  Some of the argumentative techniques don’t pass muster, but so what?  If people find comfort in combining thoughts like “Can’t Win,” “Without,” “World-Class,” “Transfer Kitty,” “Defensive Midfielder,” “Goal Scorer,” and “Not.Good.Enough,” why should we begrudge “Push Out the Boat,” “Priorities Misplaced,” or  “Fire Him and Get Someone Who Will?”

So what if it takes away from the actual football, or obscures the fact that top level European football is getting more predictable with each passing window and ever more hoarding of top players by top clubs.  (Surely the spending up in Manchester this time around must go in for some forensic dissection.  We should also have a minute of silence before the next round of kick-offs to remember the Financial Fair Play rules…)  With the right attitude, however, being a supporter of a selling club (as long as your owner re-invests some of the proceeds) has a certain pleasure of its own.  At least you’re in on the action and riding the merry-go-round!

I almost miss those days, and, in truth, they were just a few short years ago.  Lately, however, we’re done some major spending of our own and Gooners have gotten a taste for it.  That’s why, even with just a dozen or more hours to go in the window, we still believe (crave, need or demand..) that something BIG might happen.  Cohesion is a nice concept but not quite the same as “record buy.”

That said, I don’t believe our combination of ownership and management is at the level of those owned by the Russian Oligarch or Oil Sheikh or those American groups willing to take a loss, i.e., those which want to win it all–now AND forever.  At Arsenal, for better or worse, results–financial first, on the pitch after–are observed with a view to the longer term.  As infuriating as it may be to the fan who lives and dies with each result, progress can be seen.  Like I said, those selling days are behind us and we’ve done it without Sugar-Daddy owners nor (extreme) debt financing.

Another way to see it is that it’s a war of attrition.  We’re hanging in against the oiler-garchs (and ManUre) whilst seeking distance from other large clubs such as those on Merseyside or that pesky group with their cocks on balls up the Seven Sisters.  Fantasy Football it might not be, but it’s also maybe not the worst model for other clubs and the long term development of the game.

A key element of the Arsenal Acquisition model is a resistance to buying as an end in itself, and Arsene Wenger has been keen to repeat, mantra-like, that we’re looking for players who would improve the squad.  Additionally Wenger likes players who can cover in multiple positions which helps insure chances for his players to play.  Sure, there has been the odd Park Chu-young, but these days depth in the squad seems good enough that we don’t have to roll the dice at the deadline just to say we’ve done something.  “Two world class players in each position,” may be just another tossed off Mourinho quote, but it’s not how Wenger operates.  The truth of the matter is that these young men are just that and even the best will take time to settle, gain confidence and learn the intricacies of playing with their new teammates and, if they come from foreign shores, in their new league.  Let’s not forget that players who are sold often have been seen as excess to needs at their current club.

But those are just some of my own personal observations and thoughts (and excuses…) that I use to comfort myself at this difficult moment.  What say the rest of you?  Should we be buying?  Who and for how much–or how little?  Who are the available players who would make that bit of difference–or plug that gaping hole?  Who have you scouted and who would save the day (or the season or be one for the future).  I know there are places (web-sites) I could go to find out the qualities (and monetary value) of ALL the players who might help our club.  Many a better blogger than I (and certainly a few tabloid football writers) have visited those places and gone from there, after all…

Or maybe it’s too late for that and what we really need is just a thread for comments about your own transfer window thoughts, frustrations and fantasies… Go for it, please…

It’s Monday night (here in California) and the various media outlets are going mad, citing one another and leading us on.  They also won’t shut up about all the other clubs and ALL that money they’ve spent even as they might spend more.  My plan is to wake up tomorrow and see what’s what, but I’m sure I’ll (try and) put a positive spin on whatever occurs, trotting out all my usual platitudes (“low-expectations-are-the-key-to-happiness,” “I like the players we’ve already got,” etc.)  Boring, boring, I know, and it’s just my way of coping.   What is yours?…

Have at it, I say.  Fact or fantasy–with the right attitude–it could all be good fun…

82 thoughts on “Transfers In –Or No Room at the Inn? Will Arsenal Be Buying at the Deadline?”