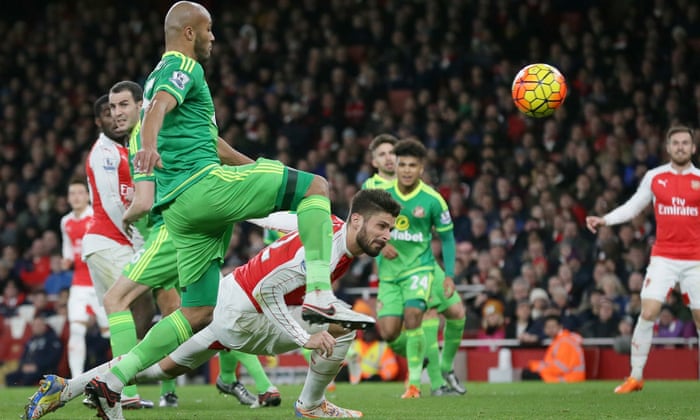 A hard fought win, three invaluable points, no further injuries and Rambo is back. There are still people out there who believe there are easy games left in the Premier League, and how wrong they are. Bournemouth beating the Chavs at the Bridge… City getting hammered by the Orcs… Manure not able to score a single goal against the Hammers at home… and that is just this week’s pick of giant killing and bodily harming.

Arsenal knew they had to fight for the goals and a win today, and our winning spirit combined with team cohesion and camaraderie, go a very long way. On top of this, the players and the manager are one, and you only have to look at MU and the Chavs to realise that this is not always a given.

There are concerns about injuries and players available going into this very busy December month, and rightly so. But the area in which we have all players fit and available, our defence, we are currently underperforming the most…. Football is a strange, unpredictable game at times. Our back-five looked all over the place at times and we got away with some bad defending today, due to Sunderland not being very familiar with finding the net these days and, of course, the Cech factor. I reckon Bellerin is missing the support from Ramsey on his flank a lot; on the other hand, I wonder whether Hector Vector should play a bit more like a conventional FB, as Nacho is currently offering the strongest wing support of the two anyway…. We definitely need to play more compact and organised at the back on Wednesday, if we want to go through to the next round in the CL.

Luckily we had our shooting boots on and managed to score three goals: that is three more than MU, the Chavs and MC today, who all could not find the net despite massive player investments over the last few years. And we got those goals, despite sexy Alexis and Danny Champion of the World being injured, and Theo only playing for twenty minutes or so.

Eight Positives From the Game: