it would be White Hart Lane? 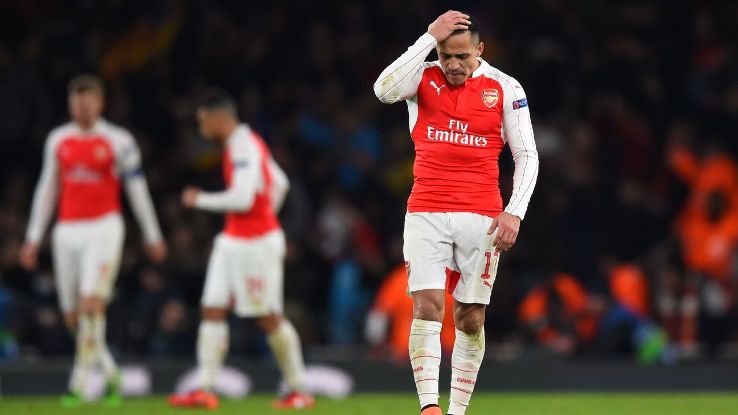 I wouldn’t have, but, indeed, that’s what this Arsenal team must do.

If my last preview was “Now or Never” this one is “Do or Die.”

But that’s what the North London Derby is all about. When Gooners feel bad, when they are ripping their own club to shreds–demanding the heads of the manager (or the owner) or hoping to never see this (that or the other…) player wearing the shirt–the only viable outlet is to trudge north up the Seven Sisters Road and take it out on that lot.  Cocks on balls, desperate to emerge from the shadow, etc., etc., etc., I really don’t care: this is OUR chance to turn the focus outwards and give as good as we get.

The toxicity in our part of North London can be measured with a Geiger counter, but that gets pushed aside.  If there’s an opportunity to let loose with a weapon of mass destruction–biological, chemical or nuclear–we all know where we want it to land.

Tottenham, despite their 1-nil loss in another London derby (at West Ham, on Wednesday, while we were capitulating at home to Swansea), still sit three points above us and three points behind league leaders Leceister (man, oh man, I’m getting tired of that alliteration…) and would go top of the table with a win given the early kick-off.  Of course, we could go even on points and–despite our current woeful form–get a massive boost in the title race.

Despite that blip, and the fact that they’ve looked suspect on their home pitch at times, including a recent home loss to Crystal Palace in the FA Cup, Spurs are good this season.  We know that from the derby at our stadium which required a late Kieran Gibbs equalizer to salvage a point.  Does playing at home actually shift the pressure onto them?

I don’t know about that, but Gooners are down to grasping at straws.  Our goal scoring has evaporated, our midfield–with injuries to more technical types like Santi Cazorla, Jack Wilshere, Tomas Rosicky and Mikel Arteta–hasn’t delivered and now our rearguard is racked.  In consecutive losses to Barcelona, Manchester United and Swansea we’ve lost one of our most direct attackers (Alex Oxlade-Chamberlain) and our most important defenders, center back Laurent Koscielny and goalkeeper Petr Cech.

A sliver of hope (thinner than an actual straw, I fear) might be the fact that we have already won at the Lane this season.  It was in the Capital One Cup back in September and, guess what, featured David Ospina in goal with Per Mertesacker and Callum Chambers ahead of him.  In fact, Chambers scored that day–in his own goal, unfortunately, however–as did Mathieu Flamini, who scored twice.  In the correct goal, no less.  Should manager Arsene Wenger (at last check, he’s still manager, sorry…) start Chambers and Flamini?  Why not?  Nothing else seems to be working.  Gabriel Paulista, in for Mertesacker at ManUnited and for Koscielny vs Swansea, looks a haunted figure, while Aaron Ramsey and Francis Coquelin haven’t been able to get in on the goals nor prevent our opponents from outscoring us.  (Coquelin, in fact, in his Arsenal career, has two fewer goals than Flamini scored that day at Spurs.)

I jest, of course. But what should the manager do?  Including Chambers and Flamini doesn’t really seem all that far-fetched.  Desperate times and all that…

Football is a simple game.  Somehow we have to get the ball in their net more times than they get it in ours.  West Ham won by way of an early set piece and then outfighting Spurs and keeping a clean sheet.  Do we have more promise at one end than the other or anything else that would give the manager a clue?

The team, at least at the back (due to injury), more or less picks itself, although sending Gabby out again, in my opinion, would take some verdadero (real) cajones.  (Sorry for the mangled Spanish but I don’t know the word in French, in English it’s ‘bollocks,’ I believe…)  Chambers sends the shivers up others’ spines.  Mertesacker (believe it or not) seems the only sure pick ahead of Ospina.

Up front there are the goal scoring troubles of Olivier Giroud vs the lack of touches AND goals from Theo Walcott.  Press from the front (Theo) or a have hold up player who could serve as a target (and protection at set pieces) for Ospina?  Talk about your tough choices…  (Or maybe this is the match we go for the blitz and play ’em both?)  In the wider positions do you stick with out-of-form Alexis Sanchez, the guy who scored the goal (but is not nearly as good an all-round player), Joel Campbell, or both?  Does Danny Welbeck step in for one or the other?  Your guess is as good as mine and Wenger will have made the right or wrong choice depending only upon the result.  Throwing darts this time, here’s my guess at the starting group:

Spurs are a good team, and, especially if they’ve watched tape of our recent matches, they should be smelling blood.  They also might be nervous in front of their home crowd and that old inferiority complex could crop up.  Who knows?  As much as this should have been our year to win the title, they are in the pole position with both their points total and the home pitch advantage–if such things still exist.  Another sliver of hope: Michael Oliver, the guy that sent Angel Di Maria off the pitch last season at Old Trafford (and out the door at Manchester United), doesn’t seem a referee unduly influenced by a preponderance of violent nutters in the home crowd.

I’d love it if I could use my go-to platitudes about winning the technical battles in the center of the pitch and taking our chances as they come, but, right now, I fear that Spurs might be stronger there. I could also talk about pressing their back line from the front (which I do believe is our best tactical choice, especially if Wenger opts for an attack like the one I’ve suggested) but they’re pretty strong playing it forward and even better on the counter.  I could argue about dominance at set pieces (which would justify Giroud in the first eleven) but that’s a worry too.

Instead, I’ll take a leaf from Tottenham’s book and say that in the NLD form goes out the window and anything can happen.  Please dennis, let the bounces fall our way, let the ref see their fouls (but not ours), and, most of all, please (please, please) let us score more goals than they do.

76 thoughts on “Tottenham-Arsenal: Match Preview, Projected Line-up. Of All the Places to Go to Save the Season, Who Would Have Believed”