Now that is the Arsenal most of us love so much: dominant, creative, strong and banging in goals left, right and centre.

After the midweek CL game, legs could have been tired and minds preoccupied, but we started the game with a ferocious tempo and appetite that drove the Tigers back in their proverbial cages and made us dominate the proceedings. When you play from home against a team that has made a good, ‘against expectations’, start to the season and which was rested during the week, you need to start well to set the tone and not get overwhelmed.

And that we did! 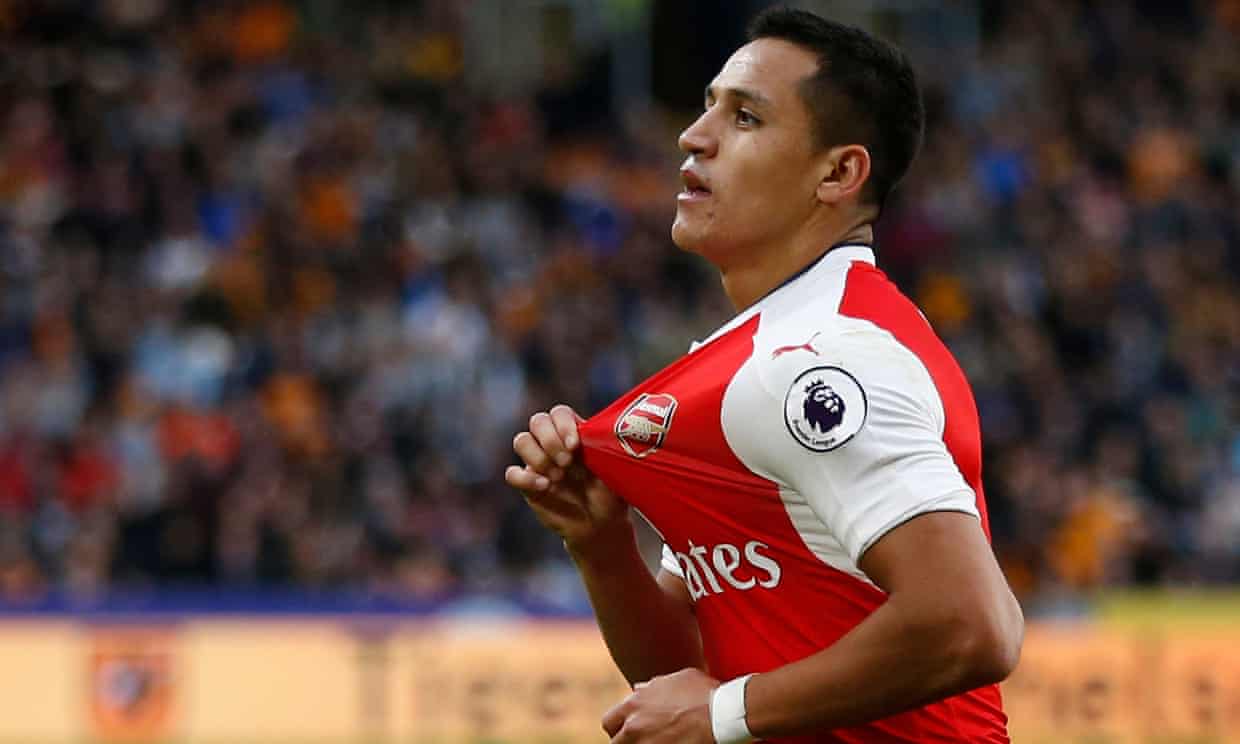 Arsene had opted for the same back five and double DM pivot as on Tuesday and for Alexis as our CF, once again. Ozil played in the hole/free movement role and two quick and energetic wingers, Iwobi and Theo, to complete the attack. A selection pattern is developing and it worked a treat this time. Rumours are that Giroud has a toe problem, either from a PSG player or Wenger’s punishment for reckless behaviour on the pitch… So on the bench we had the Ox and Perez to support the attack if required. It turned out that we did not really need them. 🙂

I guess the omission of Xhaka and, to a lesser extent, Elneny still surprised many of us, as both would have been raring to go, but we can see why Wenger is sticking to his settled DM pivot couple CoqZola: they were solid and dominated the game for the first seventy minutes or so. More about this later.

Maybe more of us are starting to see why Wenger wants to play Alexis as our ‘CF’ this season.

His movement, running off and with the ball, constant energy and involvement in the game is making all the difference. But what I loved most of this game is that Theo and Iwobi really are starting to understand what they need to do, and especially where they need to be, when Alexis goes deep(er) to create space behind him.

Attacking football for many is a matter of getting the ball to a super CF in dangerous positions as much as possible… and he will do the rest. But it is not that simple (any more). Winning football is about dominating proceedings and creating chances – and then taking them – through creating space, excellent passing football, team pressing, and clever running off and with the ball. Anyone can score and goals are ideally spread among a number of players, so we are less predictable and dependable on the one Aguero or Ibrahimovic. If you have watched the first halves of MC – MU and Chavs – Pool, you will know what I mean. And Arsenal’s first half display against the Tigers fits with these performances albeit against lesser opposition.

Of course we dominated the second half too but that was further influenced by the Livermore sending off. The only negatives of Saturday’s game were the missed penalty and the penalty we gave away, totally out of the blue. But also that is football.