Sometimes you need a bit of time after such an Arsenal performance: to let all the goodness stew and sink in. It is fair to say that the game only really lasted 45 minutes. The Chavs were hoping Arsenal would not push on and spare them in the second half, and we did. I have a strong feeling Wenger told the troops to show mercy for Conte’s men at half time, but this would have been very different if the original gatherer of yesterday’s first Chelsea 11 was still managing that team. For that Arsene  has to wait a couple of months. 🙂

Arsenal outclassed Chelsea in every department. We had more energy, better healthy aggression, better running, better passing, better tempo, better creativity, better chances and better finishing. The only area I was less happy about, and on another day it could have cost us at least a goal, was the cover for our left back: either Santi or Iwobi left Monreal dangerously exposed on more than one occasion in the first half. I guess that is why Wenger called the first half performance ‘near perfect’…

There are so many positives to take from the game, but the one that matters most is that we played as a team; in fact, we played as an all conquering machine. From defence to midfield to attack, we almost always were in control through our collective, fully integrated approach to playing football.

Key in this all was the way we pressed the Chavs and never let them settle. We had already witnessed eight days ago what high and vigorous pressing of Conte’s men can do them, when Pool destroyed them in just 45 minutes at the Bridge. We did exactly the same. They might have a few fast attackers, but as a team they lack energy and tempo, and they do not have the sort of quality players anymore who can dominate proceedings on their terms. Those days are over.

Key was also our dynamic, hungry yet disciplined CB duo, the fire in Coquelin’s belly and the creativity of the likes of Santi, Mesut and the superb Iwobi. Add to that the energy of the full backs, Theo and CF monster Alexis and you have our team summarised in a nutshell.

Eight Positives from  a great win at THOF:

There are plenty more positives to add, so please do so. 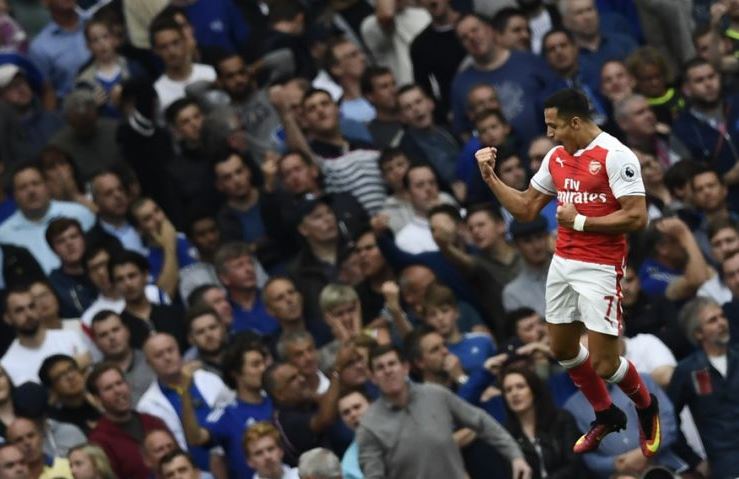