Well that was a lot better from the mighty red and white boys. Except for a couple of minutes in the second half, the team was in control of all areas on the pitch. Slim Sam Shady will not have expected much and his new team were poor throughout the game, but we were set up to beat them properly and so we did – even though a couple more goals would have been nice and most definitely deserved. With all our main competitors for the title except Man City winning this weekend, and the despicable Spuds leapfrogging us earlier in the day as an added concern, Arsene knew that we needed to win at all cost. This sort of motivation is ideal for a festive season home game and the boys were clearly hungry for a win. 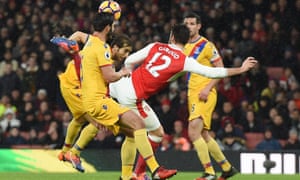 Eight Positives from the Game and my MOTM:

Let’s hope light will keep overcoming darkness in 2017. Happiness, health and love to you all.