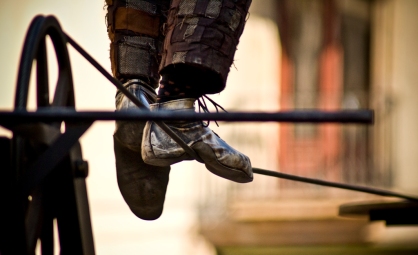 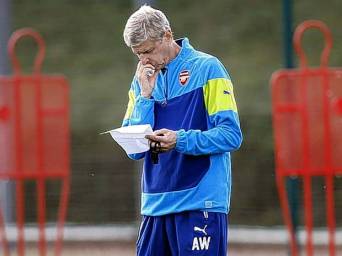 On Sunday Tottenham defeated Arsenal by 2-0. Less the brilliance of Peter Cech, the score line flattered Arsenal’s performance. Spurs outplayed Arsenal in every department of the game. They were faster, stronger, hungrier and more purposeful. They knew their script, and went about their job with confidence stiffened by determination. Arsenal ran around for 90 minutes fruitlessly seeking the gear that would make it a contest. Viewed against the backdrop of the Invincibles, the team was a pathetic sight. Alexis gave the ball away 20 times. Same too Chamberlain. Ozil sought the spaces not exclusively for creative purposes but also for escaping the responsibility of having to press or fight to regain possession from the opponent. Giroud didn’t have a clue how to engage and the game passed him by. Ramsey fought gamely but punctuated his effort with regular exhibition of his total lack of knowledge of his limitations. Gabriel confirmed everybody’s hidden fears. Only Peter Cech was at the North London Derby.

Every now and then, from the dugout, Wenger opened his palms questioningly. What wasn’t clear was what he was questioning. Steve Bold?  The defence? The officials? The 3:4:3?  Meanwhile Steve Bould and Skipper Koscienly continued in their vow of silence. Solution was not coming from anywhere. I had thought the 3:4:3 was the solution but it’s beginning to look like it’s a try-your-luck gambit. Is there a deep understanding of and real belief in it? 3:4:3 demands a more direct and quick offensive play. And to think the team can attack with pace and directness with slow Giroud as the anchor man is not to think at all. Sanchez’s limitations positioned as an inside left forward, which the 3:4:3 demands, was apparent. It compelled him to cut inside which not only negated the need for verticality but also landed him in the crowded central areas where he repeatedly lost the ball. 20 is the number of times he turned the ball over to Spurs! Meanwhile the third offensive player Ozil, who is always seeking vacated spaces, dropped deep. The sum effect of these three forward players was an impotent attacking force.  Against Spurs, Wenger kept looking puzzled while Bould stoically maintained his vow of silence. Pochettino never stopped licking his lips.

Our 3:4:3 has given us three very uninspiring victories and a pathetic loss. I am convinced that the selections and positionings, particularly in the forward areas, don’t bring the best out of the formation. Sanchez aught to be switched to the inside right position for more directness. Iwobi runs the left channels very well. Oxlade forward runs would also be very effective there. Both Welbeck and Perez have pace, but the latter has more directness and would be my first choice striker. Yes, Ozil is missing in this 3:4:3. If he has to show up, he shows up exactly the way Fabregas shows up in Chelsea’s 3:4:3, that is in the midfield. It’s not by coincidence that Fabregas who has many things in common with Ozil now sits on the bench a lot of the time. By the way, the 3:4:3 suits Ramsey’s box runs to the tee. When Arsenal attack, his runs restore the offensive numbers to four and this time around the team’s defence remains secure through the existence of the back three.

Luckily the Arsenal fans have gotten as ‘immuned’ to losses as the fans of the middle of the table Stoke City, and  Sunday’s non contest has failed to pollute the fandom air any further. This weekend, Arsenal will square off against Man U at the Emirates. A victory there will not assure the now coveted 4th place trophy. But all the same, a victory there, any victory anywhere is a little trophy so the fans are still up and hoping. That’s what it takes to be a Gooner, every game matters irrespective of current history.

How have Arsenal gotten themselves down to the basement floor? Where does the blame lie. For sure not with the fans. There have been pains and pains and pains and my bet is that there is not one fan that has not cracked at one point or the other to lash out at something. I hear there have been a number of unlucky dogs and cats whose only crime was that they where at the right place at the wrong time. Hearteningly, no Gooner on record has quit – not to talk of jumping ship.

Kroenke and the BoD have gotten a handsome dose of the lashing and Wenger must be very much punch drunk sucked directly into the vortex of the storm. There are signs that the Board is split. As amongst the fans, there seem those of them who cannot accept the present state of affairs. They argue that Arsenal has the 4th most expensively assembled squad in the league and that there is no reason the team should be trailing ‘minnows’ Spurs by 17 points, Chelsea by 21 points and the 4th placed team by 5 points albeit with a game in hand. To this group, Wenger’s time is due. Again like it is amongst the fans, it is believed that there are those who factor the past into the equation and urge that the Board make haste slowly. They warn that history shows that nations where power has been concentrated in one hand for a long time, are most liable to fall into anarchy at the sudden exit of the maximum ruler. It is important, they argue, to begin to put supporting structures in place to cushion the exit of Wenger who has held so much power in the club for so long.

Amongst the structures that is rumoured they want to put in place is the appointment of a Director of Football. What must be a bone of contention is what the powers of this Director of Football should be. Would Wenger tolerate loosing the powers to shape the playing philosophy of the team which naturally goes with the responsibility of recruitment of players? That in effect reduces him to a field manager. I don’t see that happening. Would the Director of Football, who need must be an experienced footballing man, be there to understudy Wenger and the club with a view of establishing reasonable continuity when Wenger leaves? Or would there be a middle tier arrangement to introduce checks and balances to the powers of one man about to exit? I suspect the Board is split not into two but into fragments, which maybe is the reason for the great silence.

The truth, if it has to be told, is that Arsenal Football Club has been a marvellously run club. The management is committed to sustainability, to long term visions, and to remaining faithful to the long term goals irrespective of hiccups along the way. I trust that they would come up with the best decision all things (short and long) put together. If I should hazard a guess I would say a Director of Football who essentially would be Wenger’s understudy for one season.

As for Tottenham whose team brushed the Arsenal team away on Sunday, they are where Arsenal FC was 14 years ago. Aberration happens in nature but never endures. So expect the Spuds to regress to their real level as quickly as Leicester has done. I cast my vote for a well thought out baton change.

49 thoughts on “Director of Football: The Sensible Wenger Compromise”