I have supported Arsenal for in excess of 50 years and during that time I have had the pleasure of seeing a fair number of, shall we say, not top quality centre backs.  In fact, I go back so far that when some of them played they were referred to as centre halfs.  This list would include such legends as Ian Ure, Gus Caeser, Andy Linighan, Igor Stepanovs, Pascal Cygan and Sebastian Squillaci.

On the flip side I have also had the pleasure of seeing some truly great centre backs.  My personal list would include:

Frank McLintock.  Purchased as a midfielder in 1964 for £80,000, which at the time was a club record, his initial time at Highbury was not particularly successful.  Although only 5′ 10,” he was converted to centre back where he proved a great success and went on to captain the team to their first double in 1971.  Particularly satisfying was the fact that the League was won at White Hart Lane that season.

McLintock was partnered by Peter Simpson who was signed as an apprentice in 1961.  For those not familiar with the term apprentice, it involved cleaning the senior players boots and living in guest houses with other young apprentices.  Simpson worked his way through the youth team and reserves before finally breaking into the first team.  In total, he was an Arsenal player for around 14 years and was a great servant to the club.  How he never played for England I will never understand, a very underrated player in my opinion.

David O’Leary was another product of the Arsenal youth scheme.  He signed for Arsenal in 1973 and made his full debut in 1975.  O’Leary was a classy defender and very comfortable on the ball.  He went on to make 722 appearances for Arsenal, surpassing George Armstrong’s record, during a very successful career.

Tony Adams: Mr Arsenal.  One of the true Arsenal greats, Adams spent 19 years at Highbury, having come through the youth set up, and, in my view, was the greatest captain I have had the pleasure of watching.  Despite well publicised drinking problems and a spell at Her Majesty’s pleasure, he played in excess of 500 times for Arsenal and won the First Division title four times, three of these–uniquely–in different decades.  A true Arsenal great, he has a statue outside the Emirates stadium in recognition of this. 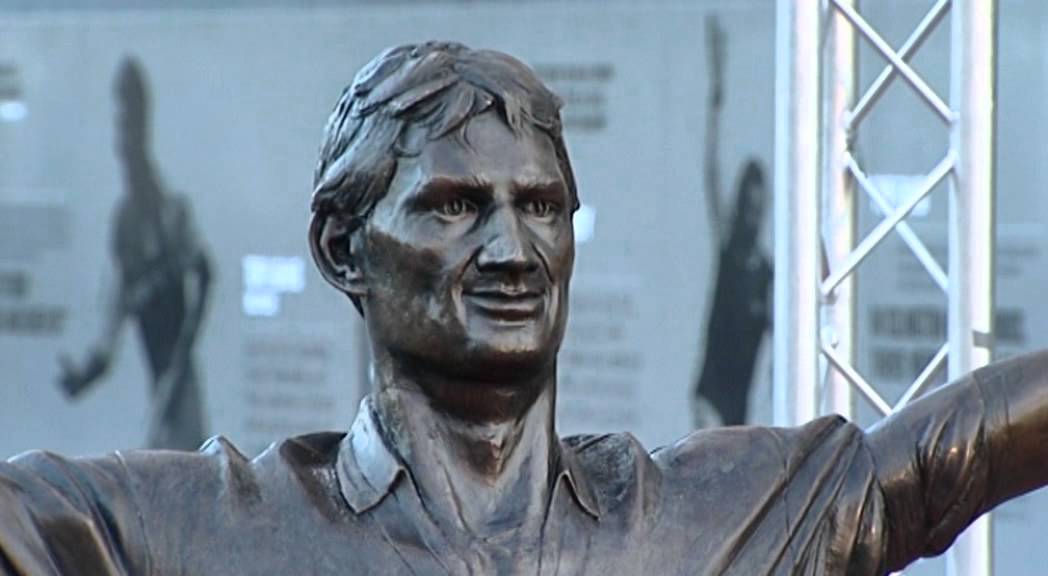 Martin Keown.  Keown was another to have come through the Arsenal youth programme.  Having finally achieved first team status, Keown was sold to Aston  Villa for £200,000 and then to Everton before returning to Highbury seven years after he left, costing £2 million, 10 times what Arsenal sold him for.  Keown was a hard as nails centre back who took no prisoners.  He is fondly remembered by many Arsenal fans for jumping on Manchester United’s Ruud Van Nistelroy when he missed a penalty against us.

Steve Bould.  Bouldy joined Arsenal from Stoke City for £390,000 in 1988 and formed one of the truly great Arsenal defensive lines alongside Nigel Winterburn, Tony Adams and Lee Dixon (stolen from Stoke City). He played nearly 300 games for Arsenal, scoring five goals, one of which was Arsenal’s first ever Premiership goal.

Sol Campbell.  Much to the delight of Arsenal fans and the hatred of Spurs supporters, Sol Campbell was stolen from Tottenham on a free transfer in 2001.  In nine years at Spurs he had won one League Cup winners’ medal.  In the following five seasons at Arsenal he won two League titles and two FA cup winners’ medals, one of which completed a domestic double.  He was also part of the famous Invincibles team.  His final contribution in his main stint at Arsenal–he later returned on a short contract as emergency cover–saw him score a headed goal in the Champions League final against Barcelona FC, a game where a 10 man Arsenal team held out until the last 10 minutes before two late Barcelona goals won the Catalans the trophy.

Kolo Toure.  Toure was signed from the Mimosa club in the Ivory Coast for the tidy sum of £150,000.  A hugely energetic player, Kolo played in a number of positions before settling in at centre back alongside Campbell.  He went on to play 225 games for Arsenal and was another member of the Invincibles team.  In 2009 he was sold to Manchester City for £14 million (how’s that for a return on investment) and went on to join an elite group of players who have won the Premiership with more than one team.

Apologies to the many other fine Arsenal centre backs I may have missed.  What’s interesting is that, with the exception of McLintock, most of these players came through the youth system or were purchased for relatively low transfer fees.  Two who came through the youth scheme stand out in my mind: Adams and O’Leary.  I remember both these players looking a little undernourished when they broke into the side, but both displayed a calmness and self belief which left me in no doubt that they were great players in the making.

I can honestly say I have not seen a young centre back display these attributes until the start of this season, when a certain Rob Holding, only 20 at the time, made his full debut against Liverpool.  Due to injuries and players being unavailable, Holding was paired with another inexperienced centre back, Callum Chambers.  Unsurprisingly, Arsenal were beaten in this match at the Emirates in a high scoring game.  Losing those three points would prove crucial at the end of the season as Liverpool claimed the fourth and final Champions League spot, just one point ahead of Arsenal.

Two seasons earlier, Arsenal were playing away at Swansea City with Chambers at right back.  In the second half, Swansea were able to overcome a 1-nil Arsenal advantage with Jefferson Montero playing a key role on the left wing.   It soon became apparent that Chambers couldn’t cope with Montero and he was ripped to shreds by the Ecuadoran, who played a big part in Swansea overcoming the deficit and winning 2 – 1.  Personally, I blamed manager Arsene Wenger for not providing Chambers with sufficient support.  To my mind, Chambers was never the same player after that and always looked nervous.  Hopefully a year on loan at Middlesbrough will have revived him.  If he has–and if Wenger chooses to recall him–he could go on to become a partner of Holding’s in one of the centre back positions.

Although we conceded four goals to Liverpool in that opening day match, giving up a 1-nil lead and eventually losing by a score of 4-3, l am sure I saw glimmers in Holding of the same qualities I had seen in Adams and O’Leary.  When he was eventually put in the first team squad late in the season, as Wenger switched to a three-at-the-back formation, he was a revelation.  Holding played fantastically well in those final games–and in several different positions across the back line–demonstrating a confidence way beyond his years.

Rob Holding cost the princely sum of £2 million, although with add-ons I understand this could rise to £10 million.  Either way, what a fantastic piece of business.  As well as displaying great defending and calmness on the ball, he won the heart of many a Gooner with his tough tackling on Stoke City’s Marko Arnautovic, a player who had effectively ended Matthieu Debuchy’s Arsenal career by needlessly pushing him off the pitch back in 2015.  His stature amongst Gooners was further enhanced when he crunched Diego Costa in the recent FA Cup Final and expressed concerns about his mental state, Costa being a player who had so often bullied Arsenal defenders in the past.

When you consider that Manchester City payed around £50 million for John Stones, Rob Holding represents fabulous value for money.  If he remains robust and injury free, I have little doubt we are looking at a future Arsenal legend, and, possibly a future England Captain.

After all, he is already better than Cannavaro.