“There is mountain air in this room. It’s cool and moist and almost fragrant. One deep breath makes me ready for the next one and then the next one and with each deep breath I feel a little readier until I jump out of bed and pull up the shade and let all that sunlight in – brilliant, cool, bright, sharp and clear.”
― Robert M. Pirsig, Zen and the Art of Motorcycle Maintenance: An Inquiry Into Values 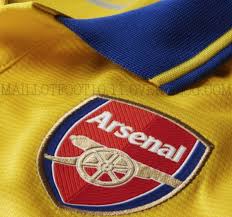 Five reason to be positive about Arsenal’s prospect this season:

So every reason to be cheerful and full of hope for another good and, most importantly, an enjoyable season (don’t focus on the destination, it is the journey that matters).

One Game at a Time (OGAAT) my friends and victory through harmony (support starts with the right attitude).