Three matches every week with Christmas approaching. That must be a bit of a new area for Emery. Once again it’s welcome to the Premier league as we thank our stars that Emery is a quick learner. Moaningho had one day extra rest for his team more than ours but still made seven changes against us. He gambled on fresh legs and that assured he survived us. Or was it our hard luck with injuries that sprang him from jail? Against Huddersfield I expect Emery to send out a team with fresher legs. I’d be surprised to see the likes of Bellerin, Kolasinac, Aubamayang start. They have played every minute of our last two premier league games only 3 days apart and they can do with a role from the bench for this 3rd game in 6 days!

Mustafi, Sokratis and Torreira are the only other outfield players to have done the same but injuries/fitness issues in our central defense would likely compel Emery to start the former two in a 4-man back line. I tip Lucas Torreira, who has proved crucial to the balance of the team, to start too but I wouldn’t be surprised if he gets substituted in the match.

Studies have shown that a rest of less than 4 days does have, more often than not, a negative effect on the stamina of a team and s-t-a-m-i-n-a has been our ace this term. Huddersfield have enjoyed a 4 day rest, one critical day more rest than us. It is a disadvantage we have to offset with fresher legs not to talk about the fact that insufficient rest between matches predisposes players the more to injuries.

Will Ozil be back? Is Ramsey fit? Kozzer on the bench? Many things in doubt, but not in doubt is our collective desire to finish in the top four. Who dare lose points in this race of champions more so lose them unexpectedly. We dare not lose points to Huddersfield at the Emirates. Such would be a stumble of regrettable proportions. 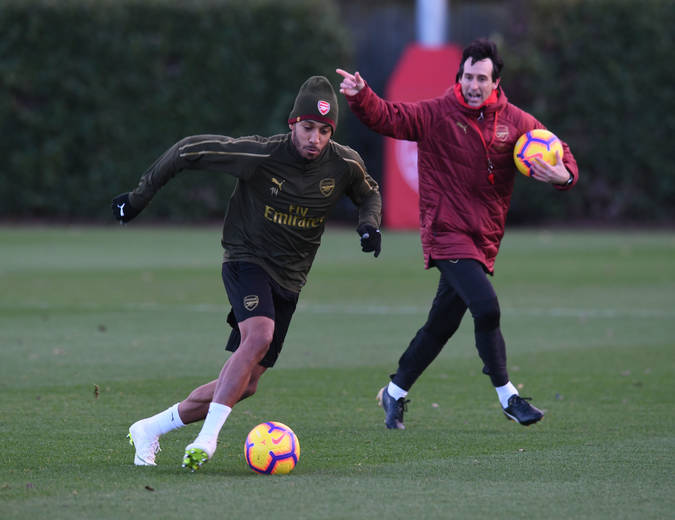 No need talking about our injury woes. By the end of the day it about evens out for everybody. But, but …. the team is going to miss the fast improving Rob Holding, easily our best ball playing defender. I wish him a quick and complete recovery.

Has anybody found a route to Emery’s mind? Definitely not me. Well here’s another long shot:-

19th on the 1st half table and 2nd on the 2nd half table after 15 games is a statistical quirk. Correction is bound to begin and everything is pointing to Arsenal taking a 1st half lead for the first time this season.