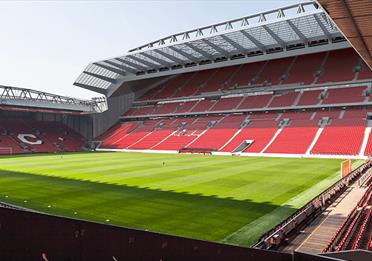 A lot of our Arsenal faithful are scared of this fixture, Liverpool at Anfield. Zero points there does not worry them. They are anxious of yet another pounding.

My best pal is a football guru. He knows the game of football so well. He happens to be a fanatical Liverpool supporter. He has thought over the call from several quarters that Emery should mirror the Liverpool team with these players that he has and he tells me that this fixture against Arsenal scares him to death. There you are, this world of opposites. I go for the bottom line: mutual respect.

Should Emery build his team in the image of Klopp’s Liverpool? Mane, Firmino, Salah: Auba, Laca, Chili Pepe. These front threes are of course the bases for these calls. Is it enough a base for such calls?

Salah and Pepe are so similar: direct, quick feet, strictly left footed, don’t need a back lift, wide right, love to cut inside. One though is 3 inches taller and better with his head.

Mane and Auba are no identical twins: Auba’s game is based on movement and positioning, a genius at getting at the end of things. If he is asked to expand his game by for example stationing him as a winger, he goes like a bee line. Mane, Auba’s supposed image is so difficult to define, but he is ubiquitous, troublesome and dangerous.

Firmino and Laca: they are both supposed to be the point men but both love playing deep. That’s maybe as far as they mirror themselves. Forget the name tag, Firmino is a midfielder. He loves joining in building up play. He is the overload that Klopp’s Liverpool use in dominating the central areas, but give him one tiny opening and he is in the box banging in the goal. Laca is more of a false 9 who has it all too but who when he gets the ball deep is consumed by the vision of the space between the woodwork. That makes him a lot more direct than Firmino.

Terrific front 3 for both teams, but they are no spitting image of each other, neither are the other areas of the team. Liverpool have a very hardworking midfield but they don’t have an Ozil or a Ceballos. Their creative midfielder Keita is out of this fixture. However the creativity they lack in the midfield they more than compensate for in their full backs, Trent Alexander-Arnold (12 assists 18/19), Andrew Robertson (11 assists). When I think about Liverpool, I don’t think about the so called FAB 3, I think about these two British boys and a certain hulky Dutchman.

Talking about the defensive aspect of their back line, suffice it to say that they are mean at conceding goals except that for this fixture there would be a certain bloke by name Adrian who isn’t very good with the ball at his feet. Our boys would do well to be all over him the first 10 minutes to damage the confidence of the team playing out of the back.

My friend, the football guru, fears that Liverpool are playing with a phobia. Not the fear of Arsenal or United or Watford, but the fear of losing points. They might as well not be participating in the EPL. They are in a nightmarish two-horse race with a hydra-headed monster who sits the best players in Europe on the bench. This phobia my friend says is affecting their game. Am tended to agree with him and if we can simply play our game, the outcome would be anybody’s guess. It is important for us to stay aware that Josh has buried the £40m-inferiority-complex in a 6ft deep grave.

The way I see it, Emery is not going to ape something else. Arsenal is on its own journey.

I might have missed a trick or two so Emery, maybe should set up like Liverpool. What do you think? Give us your preferred line up.