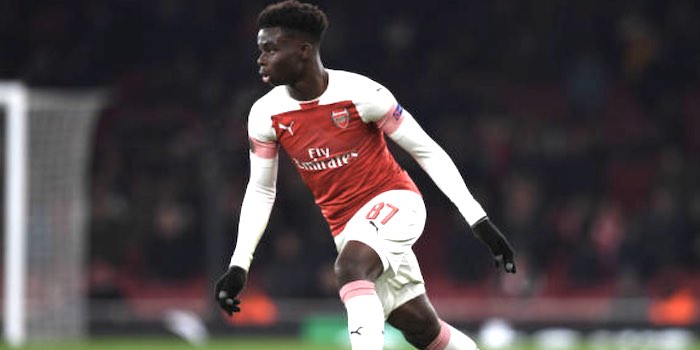 Martinez – 8: really enjoyed himself and made a big strong and confident saves that kept us in the game.

Chambers – 7: a bit rusty at first but he grew into the game on right back. Tried hard to add to our attacking play.

Luiz – 7: Remained calm and got more support from Torreira than Kola on the left flank. No mistakes this time and then he is as good as anyone.

Mustafi – 7: Really wanted to shine and worked hard. He will always be a bit of a chancer and this time it worked out for him.

Kola – 5: not much support for the defence and his crosses lacked often precision and or venom.. too easy to defend for EF.

Torreira – 8: superb all round performance. The man reads the game so well. Needs to play every game of course.

Emile Smith-Rowe – 6: struggled a bit with both the tempo and physicality of the game and did not look too comfortable on the wing.

Xhaka – 7.5: a lot went through our captain and he made some good interceptions. I would like him to play closer to the back four but maybe the back four should dare to push up a bit more too. But that is for another post.

Willock – 8: Are You Watching Aaron Ramsey?! Great performance all over the pitch and some fine runs into the box. Was lucky with the goal, but his attitude of no fear and his friendship with the ball will lead to this sort of fortune. I would not have substituted him.

Saka – 9: MOTM. I love his calm and easiness with the ball. Had of course a lot of space to operate in but did very well to produce fine opportunities for his fellow players. Loved his goal and even more so his assist for our third.

Auba – 7.5: worked hard and was a bit wasteful with his chances but given his fine start to the season he will be forgiven. He made a lot of space for others with his runs and he seems more at ease as our CF instead of LW. Got his goal at the end.

Pepe – 7: doesn’t look sharp or confident at the moment. So much space for him to work in but…he produced the assist (and extra space) for Saka’s all important second goal.

AMN – 6: came on for Kola as he was not doing much of the defending.