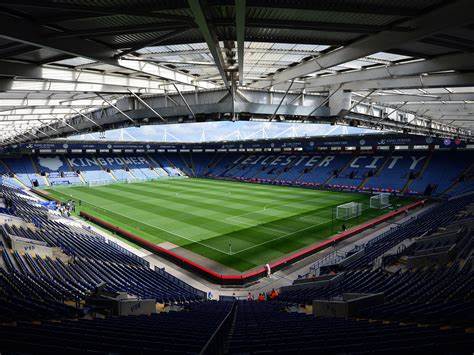 Formed in 1884 by a group of old boys of Wyggeston School as “Leicester Fosse”, the club joined The Football Association in 1890. Before moving to Filbert Street in 1891, the club played at five different grounds, including Victoria Park south-east of the city centre and the Belgrave Road Cycle and Cricket Ground. In 1919, when League football resumed after World War I, Leicester Fosse ceased trading due to financial difficulties of which little is known. The club was reformed as “Leicester City Football Club”, particularly appropriate as the borough of Leicester had recently been given city status.

The club moved away from Filbert Street in 2002 to a new 32,500 all-seater stadium. The stadium was originally named The Walkers Stadium in a deal with food manufacturers Walkers. On 7 July 2011, Leicester City confirmed the Walkers Stadium would now be known as the King Power Stadium. In 2015 their vice-chairman Aiyawatt Srivaddhanaprabha stated plans were in place to increase the capacity of the stadium to around 42,000.

The club’s home colours of royal blue shirts, white shorts, and either white or royal blue socks have been used for the team’s kits throughout most of its history. The first sponsorship logo to appear on a Leicester shirt was that of Ind Coope in 1983. British snack food manufacturer Walkers Crisps held a long association with the club, sponsoring them from 1987 to 2001.

The club have three main nicknames – The Foxes, The Blues and City. “The Foxes” is the most common nickname for the club, whereas “The Blues” and “City” are more local terms, usually used by supporters. Other names include “The Filberts” and “The Fossils”. An image of a fox was first incorporated into the club crest in 1948, as Leicestershire is known for foxes and fox hunting – this is the origin of the nickname “The Foxes”.

The club mascot is a character called “Filbert Fox”. There are also secondary characters “Vickie Vixen” and “Cousin Dennis.” Since 1992, the club’s badge has featured a fox’s head overlaid onto a Cinquefoil; the Cinquefoil is similar to the one used on the coat of arms of Leicester. Prior to 1992, the club’s badge had a range of designs. In the 2009–10 season, the club’s 125th anniversary year, the home kit featured no sponsor and a new central crest with “125 Years” written beneath it.

Leicester won the 2015–16 Premier League, their first top-level football championship. They are one of only six clubs to have won the Premier League since its inception in 1992. A number of newspapers described Leicester’s title win as the greatest sporting shock ever, considering at the start of the season they were favourites to face relegation. Multiple bookmakers had never paid out at such long odds for any sport. As a result, the team was dubbed “The Unbelievables”, a spin-off harking back to Arsenal’s undefeated team “The Invincibles”. The club’s previous highest ever finish was second place in the top flight, in 1928–29, then known as Division One.

TotalArsenal’s Preferred Line-up (GN5 does not like doing them): If Emery were to put out this team – 4-3-1-2 – I am convinced we would get something from this game, but it is highly unlikely to happen. As Tierney, Bellerin and Holding played on Wednesday, and they are all coming back from long injuries, I would reluctantly start with Kola and Big Sok in defence. In attack I reckon we need Ozil to play in the hole, and as captain, with two of Pepe, Auba and Laca up-front. We don’t need three finishers, two is enough… let’s play some football and the goals will come again.

But the big area that needs sorting out is our midfield. Both Xhaka and Torreira HAVE to play to have a chance in this game. I would play three in midfield and make sure they keep in a horizontal line a lot to protect the back AND work together to dominate midfield and get our passing game going again. If we allow the Foxes as many shots on goal as we have been doing we will get slaughtered, so let’s keep it compact and disciplined, and pass the ball around with conviction and forward thrust.

I make it sound simple and in my mind it is, but WTFDIK. Let’s see what Emery comes up with this time.