During the November interlull let’s talk – or at least think – about the challenge and complexity of picking the captain of the team. Below I will provide 8 qualities and/or parameters great captains suppose to possess, with the disclaimer that:

After the list of qualities, I will compare past Arsenal and present PL-captains to the list of requirements. Comments and challenges are appreciated. Be warned, my view on them completely disregards the productivity of the club and how (or how long) their appointment turned out, focusing solely on their suitability for the captaincy, thus be vastly different from the ‘conventional wisdom’ you can find all over the internet searching for ‘rating/ranking all Arsenal captains of the Premier League era’.

“Fire in the belly but ice in the brain.” The captain must be leading by example, hence shouldn’t be carried away with his passion or enthusiasm. Keeping emotional self-control is key, as he is the primal interface with the referee. Getting himself sent of is a double blow: besides missing a player, the team loses the captain (and potentially for several further games), that affects the internal dynamics as well. The captain must be a role model, on and off the pitch equally. Therefore, reckless drivers, party animals and serious womanizers are not the ideal candidates. 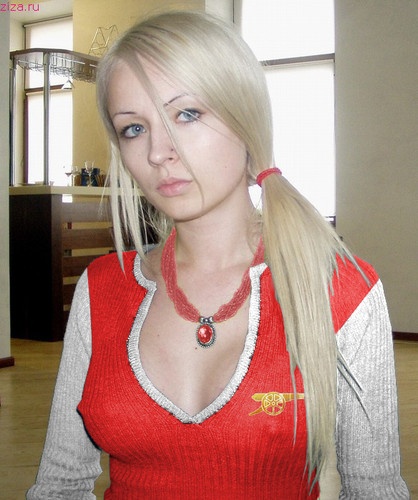 Albeit excelling in all other fields, the captain shouldn’t be a new guy. It gives the wrong message to the rest of the team; but even more importantly, a great captain knows other players: strength, weaknesses, personality, learning style, etc. The captain sometimes must deal with a teammate on the pitch, so motivation, reprimand and quickly bringing someone out of his emotional state is crucial. I’m not saying that the player of the longest history with the club should be the captain, but several years would give the players experience, fan acceptance, knowledge on the club values and team members which eventually translates to authority.

I believe, this time size matters. It could be a controversial aspect, but I would rather have a captain that is a big fella. I don’t think it is necessary a factor to influence the referee, but it could be important when cooling down an escalated situation before it turns violent, or when he is trying to break up a blow-up after a nasty foul. It has a small but undeniable correlation with authority as well. Again, I’m not insisting to pick the tallest team member, but Lucas Torreira would not be my first choice either. Anyway, size is not merely about heights; having an (alarmingly) muscular body would also be an advantage.

The captain needs to encourage and manage on-pitch communication with team members, with opponents and with the referee. He must maintain good relationship thus effective communication off the pitch with individual players, between players (in conflict), with the coaching staff or even with important club executives. However, this does not mean that the ideal captain loves to hear his own voice and look for every opportunity to talk and to be heard. Indeed, the captain should only speak when necessary, being able to keep his communication concise and to the point, especially on the field – that gains the respect of most referees. In practice, captains in the PL should have a good command of English, might have a secondary language to get a hold on foreign players/coaches with English difficulties and have good skills of verbal and non-verbal communication in general.

Another controversial topic, but since the captain must run many errands throughout the game, the most practical position if he plays at midfield. It is easier and less tiresome to get to the ‘crime scenes’ before they get out of hand or talk to the referee to diffuse a hot situation. Maybe a wingback would also be a good choice, but the attackers need to keep their stamina to overwhelm the defence with their speed at a counter-attack. The fact that many captains are centre backs are most likely contributing to their calming personalities, size and authority, but doesn’t seem efficient movement-wise, not to mention having a goalkeeper as a captain.

For many of us – especially pundits and sport commentators – this comes as the first and foremost expectation. And I don’t want to deny its importance either. However, we are talking about a different aspect of leadership here, as the captain doesn’t need to reinvent the strategy and tactics mid-game. What is required here is a focused, competitive, driven – even sometimes intimidating – character, who doesn’t mind shouting at team members if necessary. For those familiar with personality typologies, I am talking about a choleric (Hippocrates-Galenos) or a Dominant (DISC) person. That is not something you can acquire, this is more or less born. And while you might think that professional footballers are all highly competitive and driven individuals, all teams have their funny guys, quiet perfectionists and natural born mediators as well. While I have no doubts that Lionel Messi is the GOAT, he is a relatively short attacker, with a keener and more eager than rigorous personality, making him an inspiring player but an ineffective team captain.

I believe that a legendary captain must be smart and a genuine nice guy. Some of the aspects have been mentioned, like discipline, emotional self-awareness, teamwork, focus, stress tolerance, but let me add self-confidence, openness to criticism, flexibility and (quick) decision making to the mix. A captain is not selfish but puts the team first. The believe in and exercise synergy. They are righteous, fair, and leading by example means that they do all of the things they expect their teammates to do and more. They don’t mind change and embrace taking on new challenges, which hopefully makes their teammates want to do the same. Inspiring those around them on and off pitch is a key responsibility. Good relationship with the coaches and teammates he must have. A good captain understands football and is capable to explain it to his younger mates – making him a good prospect of becoming a coach or even manager in the future. I think the phenomenon that mediocre players turn out to be remarkable managers (Wenger, Mourinho, Klopp, Pochetino, Benitez) than legends (Guardiola, Cruyff, Zidane), and many great players fail miserably at coaching (Matthaus, Adams, Shearer, Maradona, Stoichkov, Gascoigne, van Basten, Henry?) proves that IQ and EQ are priceless when it comes to coaching, too.

Sounds obvious, but a captain must regularly play, as he can contribute more on the pitch than from the dressing room. Injury-prone players are thus not ideal candidates, as there should be a vice-captain appointed in many games. Appointing old players are also disputable, as even though they gain maturity, authority and leadership skills along the years, but their physical competitiveness is deteriorating, they become injury-prone and their place in the starting line-up gets under pressure from younger team-mates. I’m not talking about players of 30-31 years of age, but many clubs have a captain of 34+ years, who – in my opinion – should rather serve as mentors than acting captains (unless they still play the majority of the games like David Silva or Sergio Ramos). Let me restate that being a captain is not a honorary gesture, so Chiellini or Wes Morgan would not be my choices.

As you might have already guessed, my epitome for the perfect captain would be Patrick Vieira. He gets the check in every aspect: he was a huge, disciplined defensive midfielder, who understood the game and couldn’t be left out from the squad when he was fit. (Similar applies to Gerrard and Lampard; I expect them all to become good managers, however putting them beyond their depth could hinder their confidence and further development.)

Mikel Arteta was also a capable captain, but while he lacked size and involvement, he was really a smart player. Vermaelen and Mertesacker had similar mental strength, were natural born leaders, but being injury prone they couldn’t bring the whole package to the table. Vermaelen went beyond his depth when he joined Barcelona, but Per can still become an Arsenal legend if he manages the Academy well.

Regarding Leadership skills I think both Fabregas and van Persie were mismatches with regards to their personalities. Their talent was undisputed, but that is seldom enough. And their ambition to prove their luck elsewhere would also limit their empathy and teamwork, as Arsenal was always on the verge of becoming ballistic, but the best players leaving (below their market value!) constantly kept undermining Wenger’s heroic work.

Putting the results aside, I don’t consider neither Adams nor Henry suitable or memorable captains. Both were legendary players and senior figures in the team, nevertheless. However, Henry wasn’t a leader type, wasn’t a keen communicator either and he was putting more pressure on the opponent’s defence than the referee. While Adams was just ‘too simple’ for the game, as his career in punditry and coaching clearly demonstrates.

Finally – and I didn’t dare to put it in the preface, as I was afraid that you were stop reading further – I strongly believe that Xhaka is not just the best candidate for captaincy in the current squad, but was the ideal captain before he snapped from the unjust criticism and bullying, as he checks all 8 aspects above.