EMERY’S CONTINUED STAY IS INIMICAL TO THE ENTIRE ARSENAL STRUCTURE. 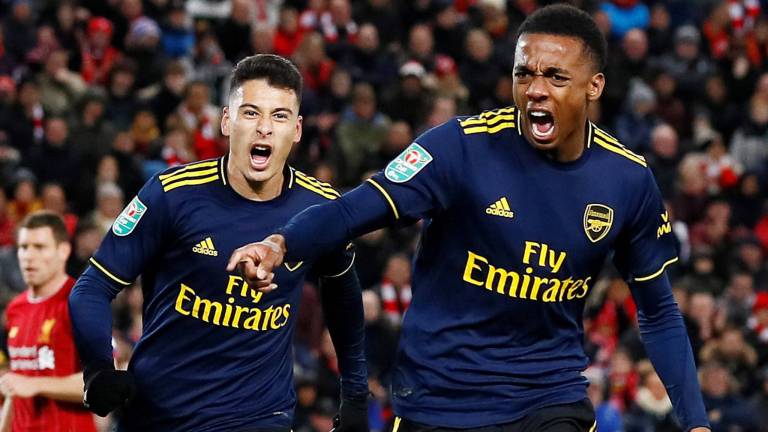 I am in a sour mood. I shoot at anything that moves. It’s time to tell the king that he is naked.

Leno: he is a bit too infatuated with playing the ball out of the back irrespective of the effectiveness of the opposition press. He needs to display better judgements to keep our opponents unsure at each moment of our route out. At the same time our outfield players are such a let down. Most of the ‘lesser’ teams are quite comfortable playing out of the back.

Bellerin: I have never, never seen Bellerin give a cross-field pass. I am sorry but he has not grown his game since he bust into the scene. His crosses into the box for example have remained on the same level all these years.

Tierney: I like his deliveries into the box but he has to work on his defending, his build up play and movement off the ball. Only 22 yrs and still adjusting to the Premier League am hopeful he’d rise to expectation.

Chambers: lacks creativity. Could not give one line breaking pass yesterday. Wouldn’t fit if he is pushed up to the central midfield as I had previously thought.

Sokratis: doesn’t play like a veteran. Too excitable. Not the calm influence his experience should possess. Holding should replace him to hopefully get back quickly to his pre-injury level. We need more intelligence from the back. Sokratis look thick skulled.

Guendouzi: a bit of an enigma. Has a number of things going for him but obviously Emery has not taught him the rudiments of defending. Awful in that part of the game.

Torreira: has the tenacity that is generally lacking in the team but he’s just not interested in incisive passing. Busquets is the modern holding mid not Makelele, somebody should tell him.

Ozil: I keep seeing a lot of intelligence in his game but somehow the mix on the pitch can’t make him flower. Poor boy.

Aubameyang: is a top class goal poacher but he is made to track back, defend and help bring the ball out. That’s a gross misuse of him.

Lacazette: is a net buster. He is not a false 9. He lacks the fine touch and the willingness to part with the ball quickly for his mates. He has the ‘selfishness’ of a box man which he very much is. These should rule him out from always dropping deep and having to help build play. It’s unfortunate that Laca and Auba thrive in the same space. Not many think beyond playing them together. For the sake of the team they could be a case of either or.

Pepe: is finding it so difficult to find his range. Am yet to see one Arjen Robbenesque move that was the hallmark of his game, the reason he cost so much. Is he being mismanaged?

Willock and Martinelli: I like these two boys. The way I see this squad they deserve to be given more playing time. Our regulars are either not good enough or are being mis-utilized being too specialized.

Emery: his time is up. As soon as I saw that back-3 with Sokratis on the left of it, I knew we would be poor. I think Emery is at his wits’ end. Let’s begin to rebuild for next season by sacking him now.

Sanllehi is in my cross hair. Maybe the perfect Barcelona system hid his short comings. Even a caretaker coach at this moment would be welcomed. Emery’s continued stay is inimical to the entire Arsenal structure.