Imagine being Freddie right now. An amicable guy with a glass half full attitude. He saw how OGS turned a disengaged Red Mancs team into a winning machine during his first months of interim management, so why could he not put some smiles back on our Gunners’ faces and win some games too in due course? 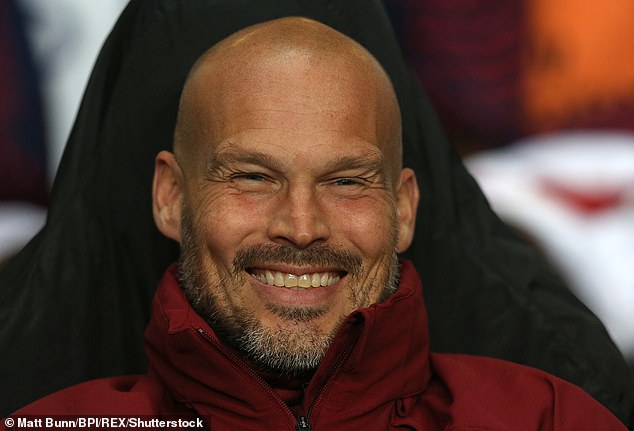 Well, the difference is that Mourinho is strong on system but not/no longer strong on getting the best out of his players, especially during the third year of his stay at any club. So the Norwegian could indeed just mainly focus on remotivating his players and the results came instantly. OGS and FL are quite similar characters: easy going, likeable Scandinavians with huge pedigrees with, and respect for, their respective clubs. Good lads and good nr.2’s, and who knows, possibly good nr.1’s too. But interim management is quite a different challenge from being the permanent big cheese: OGS is experiencing that this season and there is no doubt that it would be a big challenge for FL too if he was so lucky.

Unfortunately, Emery left an Arsenal side behind BOTH low on confidence and motivation and weak in terms of structure and tactical knowledge.

You have got to feel for the Fredster: he has been given an almost impossible assignment with no clarity from the BoD re his future, hardly any coaching support, injuries in  the most vulnerable on-pitch department, and a team that has not only lost its mojo but has utterly unlearned how to play as a unit with a strong tactical/football-philosophical structure. Freddie may not be too dissimilar to OGS personality wise but his interim assignment is much harder than the Norwegian’s was last season.

Against the Blue Northern Oilers he basically had two options: sit back and absorb pressure or attack and hope to score more than them. He went for the latter and we had no luck: KdB produced a Bergkampesque performance – he really looked like Dennis yesterday – fully benefiting from loads of available space in and around a make-shift, low on confidence and frankly poor Arsenal defence. It was never a game and we were outclassed for 90 minutes. Oh how the tables have turned.

A midfield pairing of Guendouzi and Torreira – for many the best Arsenal midfield combo – was no match for MC, and despite doubling up on the wings with full backs and attacking midfielders/wingers we were also second best on the flanks all game long.

Ozil struggled to impose himself in such a set-up and how much he will have wanted to be in De Bruine’s shoes yesterday. Auba floated all over the pitch and kept looking for his one or two opportunities but they never came. Both disappointed on an afternoon were we badly needed their leadership.

Martinelli fought like Ljungberg used to do and Pepe kept trying to make something happen but they were fighting a machine, and guerrilla warfare in open field is always doomed to fail. Leno was phenomenal and saved us from further pain, Saka did well filling in for the Bosnian Bear, Torreira did his best to fill the immense gaps on the pitch, but it was in the end boys against men and it hurts.

We all knew this game came much too soon for Freddie, and I am not blaming him at all. It was a painful game to watch and one to forget very quickly for the supporters. The richly awarded members of the BoD cannot afford the latter, though. You oversee a club with huge history and pride, with a massive reputation all over the world of beautiful winning football, with a fabulous newly build stadium in one of the richest cities of the world, and we are in limbo-land.

It’s time for decisions and decisive actions, for clear and open communication with the supporters and for leading our proud club out of the wilderness again.