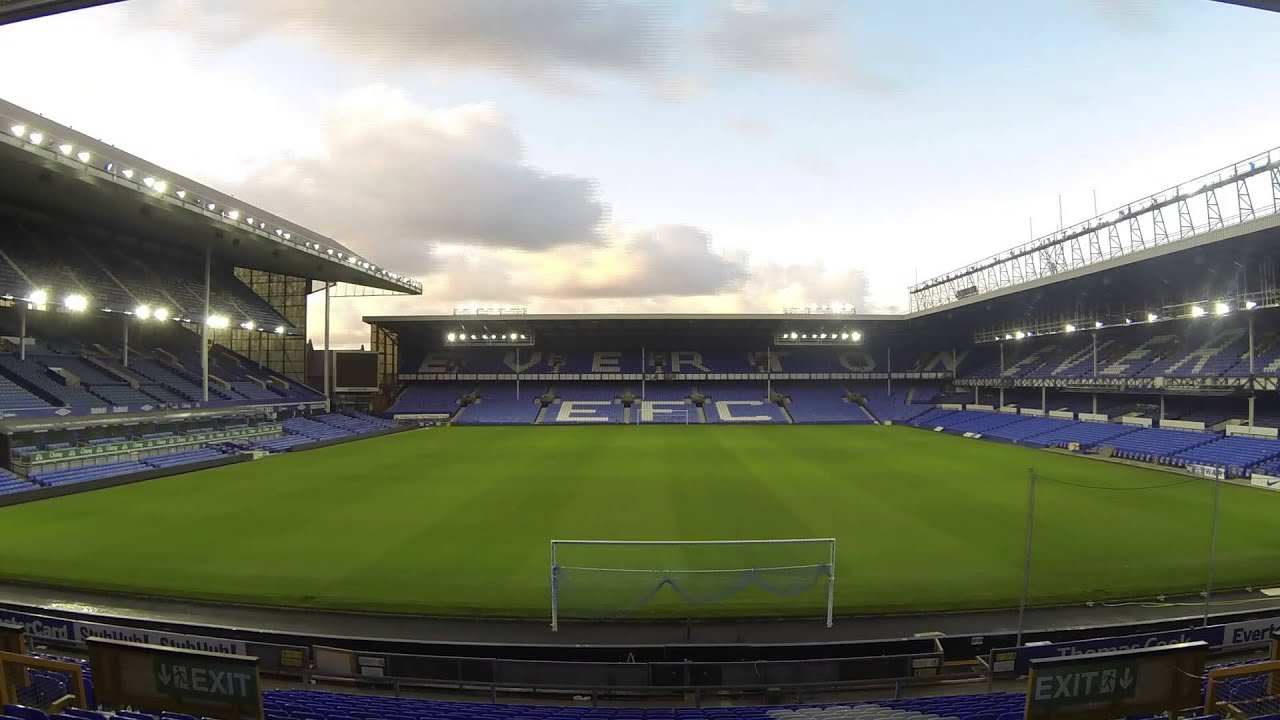 Everton was founded in 1878 by the St Domingo Methodist New Connexion Chapel in Breckfield Road North; it was named St Domingo FC and was created so that members of the congregation could play football as well as cricket. The club was renamed Everton in November 1879 to allow people outside of the congregation to participate.

On April 17, 1888 Everton became a founding member of the Football League.

The move followed concerns that too many friendly games were being cancelled thereby depriving the clubs of gate money, and playing a set number of matches home and away should offset any losses derived from losing friendly matches.

Everton’s nickname “The Toffees” or “The Toffeemen”, came about after Everton moved to Goodison. One of the possible reasons for the nickname was that there was a business in Everton village, named Mother Noblett’s, it was a toffee shop that sold sweets including the Everton Mint. It was also located opposite the lock up which Everton’s club crest is based on. The Toffee Lady tradition in which a girl walks around the perimeter of the pitch before the start of a game tossing free Everton Mints into the crowd symbolises the connection. Another possible reason is that there was a house named Ye Anciente Everton Toffee House in nearby Village Street, Everton, run by Ma Bushell. The toffee house was located near the Queen’s Head hotel in which early club meetings took place.

(Joe Mercer was born in Ellesmere Port in 1914. He joined Everton as a youngster and forced himself into the first team on a regular basis in 1935. Developing quickly, he became England’s left-half. The Second World War came and went and Sergeant Major Mercer, captain of his country, returned to Goodison Park having won 26 wartime caps. When he returned Everton had both a captain and a manager and Mercer, no longer a figure of responsibility became disconsolate. Arsenal heard about his disenchantment and signed him in late 1946 for £7,000. )

In 1925 they signed Dixie Dean from Tranmere Rovers.

Prior to the final game of the 1927-28 season Dean had been injured but was declared fit to play just before the kick off; the game was at home to Herbert Chapman’s legendary Arsenal side, he needed to get a hat-trick for the league scoring record. The Gunners had the famous Charles Buchan playing his final match before retirement in their defence and he was eager to ensure Everton’s young upstart didn’t steal his show. It was, however, undeniably Dean’s day. He scored the third goal of his hat trick and the record 60th of the season in the 85th minute. His record stands to this day.

A reporter wrote – “You talk about explosions, and loud applause; we have heard many explosions, and much applause in our long pilgrimage, but, believe us, we have never heard such a prolonged roar of thundering, congratulatory applause before as to that which ascended to heaven when Dixie broke the record.”

(Tommy Lawton one of the greatest goal scorers of his or any age began his career with Burnley and moved to Everton for £6,500, as an eventual replacement for Dixie Dean, in March 1937. He helped the club win the League title in 1939. In November 1953, Lawton was traded to First Division champions Arsenal for £7,500.)

Now we get to our away games against the Toffee’s, we never played them in the old 2nd Division so our first game against them was on April 5th 1905 in the old 1st Division and it ended in a 1-0 victory for Everton.

Overall Everton have the better record with Arsenal only winning 20 out of 71 games at Goodison Park, but our fortunes have reversed and we have a winning record in the Premier League era.

At the time of writing this Arsenal had still not made a decision on a permanent replacement for Unai Emery, although it appears that Mikel Arteta is one of the names being discussed. My earnest hope is that a decision is made in time for the new manager to have a positive input into possible new signings in the January transfer window. The back remains weak so we will need to put up a strong midfield to protect them. Time for TLX. I prefer the work rate and linking up ability of Laca, especially with this midfield, and the running ability, with and without the ball, of Martinelli and Pepe (the two players who benefited most from Freddie’s first management spell) should also add bite to our attack.