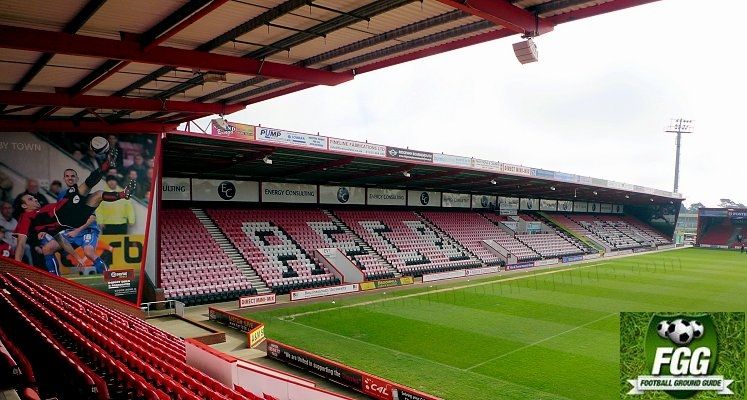 GunnerN5 would like to take this opportunity to wish all Bergkampesque readers a very happy and extremely healthy 2020 and beyond.

Although the exact date of the club’s foundation is not known, there is proof that it was formed in the autumn of 1899 out of the remains of the older Boscombe St. John’s Institute F.C The club was originally known as Boscombe F.C. The first president was Mr. J. C. Nutt.

In their first season, 1899–1900, Boscombe F.C. competed in the Bournemouth and District Junior League. They also played in the Hants Junior Cup. During the first two seasons, they played on a football pitch in Castlemain Avenue, Pokesdown. From their third season, the team played on a pitch in King’s Park. In the 1905–06 season, Boscombe F.C. graduated to senior amateur football.

In 1910, the club was granted a long lease over some wasteland next to Kings Park as the club’s football ground by local businessman J.E. Cooper-Dean. With their own ground, named Dean Court after the benefactor, the club continued to thrive and dominated the local football scene. The same year the club signed its first professional player Baven Penton.

Around about this time, the club obtained their nickname “The Cherries,” with two foremost tales on how the club gained the nickname. First, because of the cherry-red striped shirts that the team played in and, perhaps less plausible, because Dean Court was built adjacent to the Cooper-Dean estate, which, it is believed may have encompassed numerous cherry orchards.

For the first time, during the 1913–14 season, the club competed in the FA Cup. The club’s progress, however, was halted in 1914 with the outbreak of World War I, and Boscombe F.C. returned to the Hampshire League.

In 1920, the Third Division of the Football League was formed, and Boscombe were promoted to the Southern League, finding moderate success.

The 2019–20 AFC Bournemouth season is the club’s fifth consecutive season in the top flight of English football and their 130th year in existence. The club is currently owned by Maxim Demin, a Russian multi-millionaire involved in the petrochemicals trading industry.

The club has spent the majority of their history bouncing between the third and fourth tiers of English football. Under manager Eddie Howe, they have risen through the pyramid; the 2015–16 season was their first ever in the top flight and they have remained there ever since.

This is the start of a new era at Arsenal Football Club, Mikel Arteta Amatriain is now our Manager and the expectations of the club and its supporters have been elevated. Mikel has an enormous challenge and we all wish him to start off this new adventure with an away win.

The next five games are going to be extremely difficult for the new manager and they will be a real test of his ability to galvanize his players into a cohesive force.

No games can be considered as easy in today’s EPL but Bournemouth looks to be the easiest of the next six – I anticipate an Arsenal victory and a renewed optimism among the supporters.

23 thoughts on “Arteta’s First Game is a Cherrie-Picker: Preview”