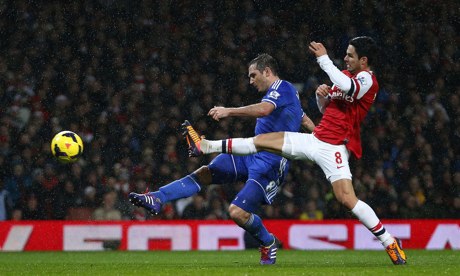 Chelsea FC was formed on 10 March 1905 in an upstairs room at the Rising Sun pub, Fulham Road. Among the founding directors were millionaire owner Henry Augustus ‘Gus’ Mears, his brother Joseph, and their brother-in-law Henry Boyer, publican Alfred Janes and his nephew Edwin. In 1904, Gus Mears acquired the Stamford Bridge athletics stadium with the aim of turning it into a football ground. An offer to lease it to nearby Fulham was turned down, so Mears opted to found his own club to use the stadium.

The club, the brainchild of another founder, Frederick Parker, would be started from scratch to fill Gus Mears’s ambitious stadium, being built across the road at Stamford Bridge by the architect Archibald Leitch. Scotland international Jacky Robertson was engaged as the fledgling club’s player-manager. In collaboration with Parker, who also engineered Chelsea’s admission to Football League Division Two, Robertson built a squad that included their larger-than-life 23 stone goalkeeper Willie Foulke; the club hired football’s first ball-boys to emphasise his presence. The first game was away on 2 September 1905 at Stockport County in front of a crowd of 7,000. William Foulke, known as ‘Fatty’ became the first Chelsea goalkeeper to save a penalty, but in the melee that followed a wayward County shot was deflected into his own net by Robert McEwan, resulting in a 1- 0 loss.

Former Arsenal and England centre-forward Ted Drake became a manager in 1952 and proceeded to modernise the club. He removed the club’s Chelsea pensioner crest, improved the youth set-up and training regime, rebuilt the side with shrewd signings from the lower divisions and amateur leagues, and led Chelsea to their first major trophy success – the League championship – in 1954–55. The following season saw UEFA create the European Champions’ Cup, but after objections from The Football League and the FA, Chelsea were persuaded to withdraw from the competition before it started. Chelsea failed to build on this success, and spent the remainder of the 1950s in mid-table. Drake was dismissed in 1961 and replaced by player-coach Tommy Docherty.

The current club ownership has stated that a larger stadium is necessary in order for Chelsea to stay competitive with rival clubs who have significantly larger stadia, such as Arsenal, Tottenham and Manchester United. Owing to its location next to a main road and two railway lines, fans can only enter Stamford Bridge via the Fulham Road exits, which place constraints on expansion due to health and safety regulations. The club have consistently affirmed their desire to keep Chelsea at their current home, but have nonetheless been linked with a move to various nearby sites, including the Earls Court Exhibition Centre, Battersea Power Station and the Chelsea Barracks.

In October 2011, a proposal from the club to buy back the freehold to the land on which Stamford Bridge sits was voted down by Chelsea Pitch Owners shareholders. In May 2012, the club made a formal bid to purchase Battersea Power Station, with a view to developing the site into a new stadium, but lost out to a Malaysian consortium. The club subsequently announced plans to redevelop Stamford Bridge into a 60,000-seater stadium, and in January 2017 these plans were approved by Hammersmith and Fulham council.

However, on 31 May 2018, the club released a statement saying that the new stadium project had been put on hold indefinitely, citing “the current unfavourable investment climate.”

We have a winning home record against Chelsea particularly in the Premier League where we have lost only five out of our twenty seven games.

We have another clash of new managers Arteta v Lampard. As you can see Chelsea has an excellent away record Won 7 and only Lost 2 they have outscored the opposition 26 goals to 13.

I see this game as another part of Arteta’s learning curve and it will be a great opportunity for him to observe his defence against a team that has scored an average of 2.89 away goals per game. The positive note is that Chelsea also give up an average of 1.45 away goals per game – we have the offence (if they click) but will our defence stand up and be counted?

This is Pony Eye’s Preferred Line-Up: