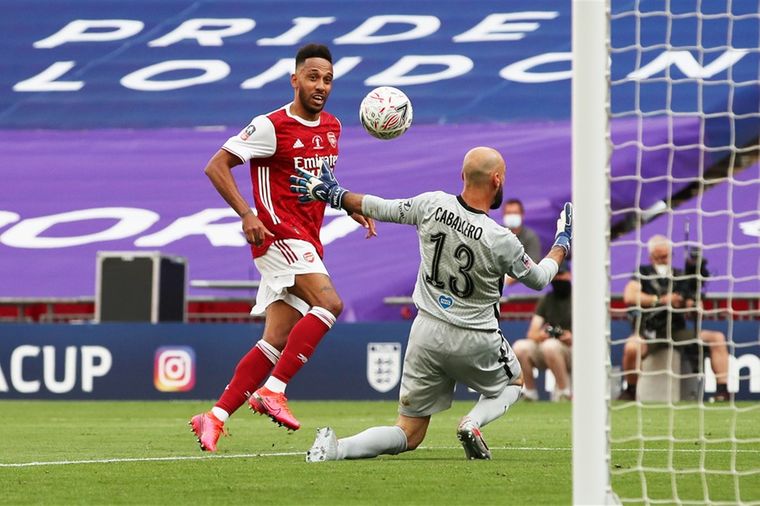 Who would have thought that Arsenal would beat in succession Sheffield United away, Man City at Wembley and then Chelsea in the FA Cup final? Arteta guided his much criticised squad to victory and has now already a major trophy to his name.

Before the game I stressed the importance for Arsenal to score first, to keep the midfield tight with an extra midfielder and to not allow the Chavs to penetrate us from the wings. Unfortunately, we allowed the Chavs to run straight through our midfield early on and for Giroud to flick the ball in our box to Pulisic. the talented American still had enough to do but he produced a fine finish and we were behind after just five minutes into the game. 0 – 1 to the bad guys.

So we let them score the first goal which is seldom good. However, sometimes scoring a goal that early in the game – especially in a final – can lead to losing focus and  allow the opponent to retake the initiative; and that is exactly what happened.  We started to win the battles in midfield and exploit the weakness on Chelsea’s right flank through balls over the top and good link-up play between Tierney, AMN and Auba. And soon we were rewarded for our concerted efforts: Auba was fouled in the pen box and he took the penalty with great, great calm. 1-1.

The second half was evenly balanced without Arsenal being threatened much by the West-Londoners. Giroud was wallowing round in Luiz’s pockets and after the young American PulledaSicky and went off with a bad hamstring injury early on in the second half, it felt that we would come out gloriously victoriously eventually.

It was clear from the first half that we needed one or two moments of quality to win the final, and who else than Auba delivered with a Henryesque move involving both his feet and the daftest of finishes. AubaBangBangMeyang does it again!

1 – 2 to the good guys and FA Cup nr14 will be nicely placed at the Home of Football.

Martinez – Tears of Joy after the game. So committed and eager to keep the Chavs out: 8.

Tierney – Incredible focus and timing in everything that he does, and what a ball for Auba that led to the pen: 9.

Luiz – Majestic leadership and dominance of our defence: 9.

Holding – Super eager to win every ball. Once or twice out of position or slow to react but full of commitment: 8

AMN – Superb first half and more quiet in second half, but nothing happened on the Chavs right wing from an attacking point of view because of The Tank: 8.

Xhaka – Very busy game and after a sluggish start he commanded the midfield and gave great protection to our defence. Excellent positioning and reading of the game: 9

Ceballos – Great partnership with Granit and he added the creative spark to our midfield: 9

Bellerin – Inspired run that led to our second goal and a very committed performance from Hector despite some defensive lapses at times: 8

Pepe – Inspired performance and is much improving under Arteta in terms of involvement in all areas and aspects of the game. Unlucky to see his superb goal ruled out (Auba offsite) but good, unselfish assist for Auba’s winner: 8

Laca: Worked his socks off to keep defenders on their toes and create space for others – the paddling legs under water of the graciously attacking Arsenal swan: 8

42 thoughts on “Auba-BangBang-Meyang Does it Again: Ars v Chelsea Player Ratings and Review”