Glorious late summer gossip, we love and loathe it equally. With Willian to be announced as a new signing imminently, apparently, rumours are getting stronger that his fellow Brazillian, Coutinho, is on his way too. I cannot really see us go for both, but stranger things have happened at THOF and it is after all the silly season… So why not contemplate what the arrival of not one but two attacking midfielder in their prime could mean for Arsenal in the coming season?! 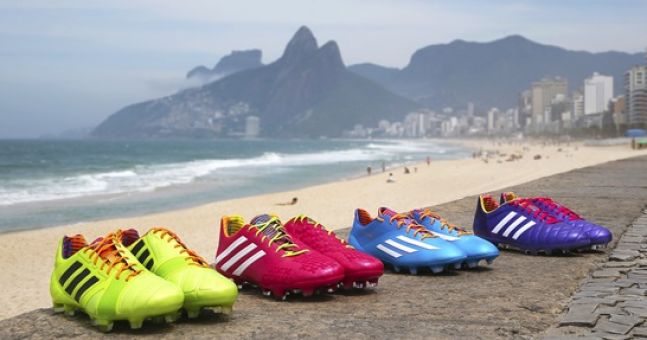 With Mari, Luiz and Martinelli we already have three Brazilians in our squad. Just imagine Willian and Coutinho joining the squad, we really would field almost half a Brazilian team next season if Arteta wanted to do so. Add to these Martinez and Torreira and the majority of the team would be from South-America. Soares is Portuguese so can converse freely with the Samba-boys, and the team could look something like this: Rumours have it that Auba, Tierney and and Xhaka are undergoing a speed-course in Portuguese and have changed their names to fit in. 😀

On a more serious note, could Arteta have plans to play both Willian and Coutinho and how could this be done? I guess the big question is about the formation and style of football he really wants to play. I suspect that he would like to play with four at the back rather than three and with a solid midfield and a creative midfielder in the hole. The team could look like this: I hear some of you say “but Willian is not a defensive midfielder, he cannot play next to Xhaka”. Yet Ceballos (and Guendouzi earlier in the season) are also not DMs and yet they were played next to Xhaka.

DMs are no longer required in the modern game (Xhaka is also not a pure DM) if you ask me. Defending is a team game of denying space and time, intelligence, close ball control and great positional discipline; and if Ceballos can do this then Willian can do it too. In fact, Willian is quite the complete midfielder/attacker any manager loves in their team.

What is obvious is the need for a deeper central midfielder to bring the ball forward and connect quickly and effectively with the more attack-minded players (just as sub Joe Willock was asked to do regularly) whilst also finishing off attacks with goals. That is not Xhaka, who is more like the anchor in midfield and guardian of formational discipline. And that is also why Arteta has tried Guendouzi next to Xhaka and has played Ceballos there in so many games recently (and why Torreira is struggling to make it into the starting-11). The obvious problem with Guendouzi and Ceballos is that they hardly ever score goals. No doubt this will come but it may take a few seasons yet.

It seems that Ceballos may not so easily continue his loan at Arsenal, but even if he did stay he cannot play every game and Willian would provide great competition. The Brazilian is of course versatile and could also play in Coutinho’s and Pepe’s position, hence he would be a great signing for us (fingers crossed it does get confirmed soon).

Of course, I am just guessing at this and I really don’t expect us to sign both Willian AND Countinho; yet it could work and the football on display would surely be mouthwateringly good!

71 thoughts on “Brasenal: With Coutinho and Willian, Is Arteta Aiming for Super Samba-football?”