A messy Coq au Vin, yet the sheet remained spotless!

Well that was a hard-fought and very necessary win. Both teams sat deep and played it safe in the first half, and not so much happened in front of goal. The tempo was low and neither team had the ball long in the areas that matter: it was at times more of a chess game than a football game. But Giroud had his shooting shin-pad on when the ball reached him from a Mesut corner; and that was all it took to go in the lead.

To be fair to Everton, they kept going and gave us a hard time to get out of our defence. Le Coq, and to a lesser extent Cazorla, battled like tigers to regain control of the midfield. Sanchez and Ozil helped out were they could but struggled to get their attacking game going. Ox was more active in our attacking play but his final ball was mostly not good enough, with the exception of the late ball into the box for Ozil that could easily have been an assist for him.

Koz had an off day, not looking his usual self. But both Gabriel and Ospina came more than once to the rescue with finely timed and hard-but-fair interceptions and saves. Together they kept the sheet away from any Toffee smudges, amply helped by their direct colleagues and fine team defending.

The 1-0 lead was defended to the end and then came the Toffees hammer blow. A brilliant, archetypal Ozil pullback from the sideline to just in front of the opposition’s ‘D’ was slammed home by super-sub Rosicky. This time it was Arsenal who had the lucky deflection: the once again impressive Jagielka did not deserve to be the involuntary deflector, but it was the goal we had all been hoping for. It sealed the three points for Arsenal and allowed us to nest warmly in the top-four. Northern Oilers look behind you, the Cannon is on fire!

Eight Positives from the game:

A few days rest before we face another London derby, but I reckon the boys want to play that game tomorrow; that’s how good they are feeling after a very professional yet passionate win.

Third now and just four points behind the Northern Oilers: The boys stood tall and made us proud today. 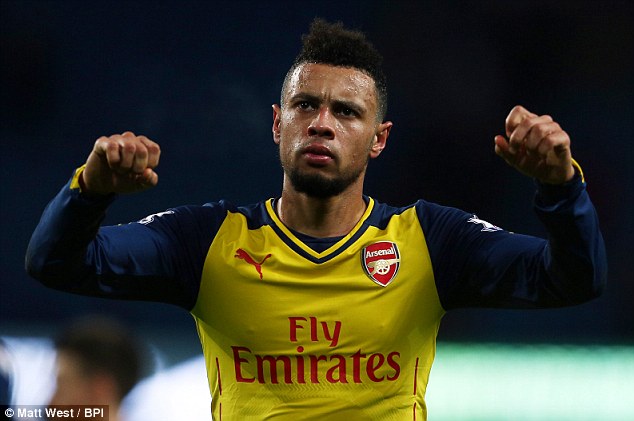 Well, that was another game in which we scored easily and just enough goals to claim all three points. This sitting deep and beating opponents on the counter is most definitely our ‘plan B’ this season… it is not for the faint-hearted, though. Just as we did against the Spuds, we were unable/unwilling to push up and release the pressure on our defence, and we almost paid for this again.

For a long time, we looked in control though, and we should take heart from this; and had Alexis converted the fabulous team counter we produced mid-through the second half, it would have been a lot easier for us. Arsene’s subs did not help at all but I was happy he took off both Ozil and Alexis to avoid a late injury to them: we will need them even more on Wednesday.

Why we were unable to release the pressure by pushing The Eagles back again, or by keeping the ball better, or by more effective counter football, is hard to explain. I guess the boys were in doubt whether to defend the lead or to add to it, and Pardew’s men did a good job at pressurising our central midfielders. Since the former Barcodes manager arrived, Palace have won many games and this showed in the confidence with which the Eagles played.

As a team we need to learn from these games so we can improve our plan-B further. Nothing wrong with that, though, as long as we learn fast…

Eight Positives from the game:

Now bring on the Principality and give them some old fashioned Wengerball! 🙂

The cannon roared and the parked Boro buses were left in smouldering ruins; and the smoke could be seen all the way from Stamford Bridge. Arsenal were ruthless today and only Boro’s excellent goalie Mejias Osorio saved the Smoggies from a giant walloping.

This is how we all like Arsenal to play when facing teams that play defensive – impressively only conceding three goals in their last ten games: attack relentlessly and never give them time to settle, with pressing them as high as possible up the pitch. The tempo of the whole team was very high and we passed the ball round fast and with real intent. There was structure and plan to our game today. 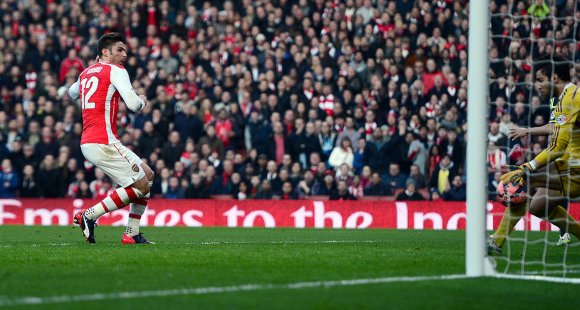 The first goal was very well worked and a pure team goal involving the likes of Alexis, Welbeck, Gibbs, Santi and OG. It was a well deserved and necessary goal, as we had had lots of possession and a number of decent untaken chances until then, and we had to make this dominance count.

And before the Smoggies could find back their breath, OG found the net again: a quickly taken corner by Alexis and a clever run by the Frenchman to the near post was enough to unsettle an ill prepared Boro defence…. and Ollie’s finish was Poldolskiesque. Boom Boom: 2-0 and potentially game over. To really have made us feel at ease the boys needed to score a third goal, and there were very good opportunities to do so, but the Boro defence and the impressive Spaniard Osorio defended their reputation of solidness at the back with pride and determination.

Eight positives from the game (in no particular order):