After our painful, embarrassing and absolutely unnecessary exit from the FA Cup, we have a chance to reach the final of the lesser cup competition, the League Cup. As there is a lot at stake here – Wenger not-won silverware, to show Henrikh what a quality bunch he has joined, to show Alexis and the rest of the world there is life after him once more and, of course, we don’t want to lose to the Chavs, especially not at the home of football – I expect Arsene to go with a full strength team tonight. 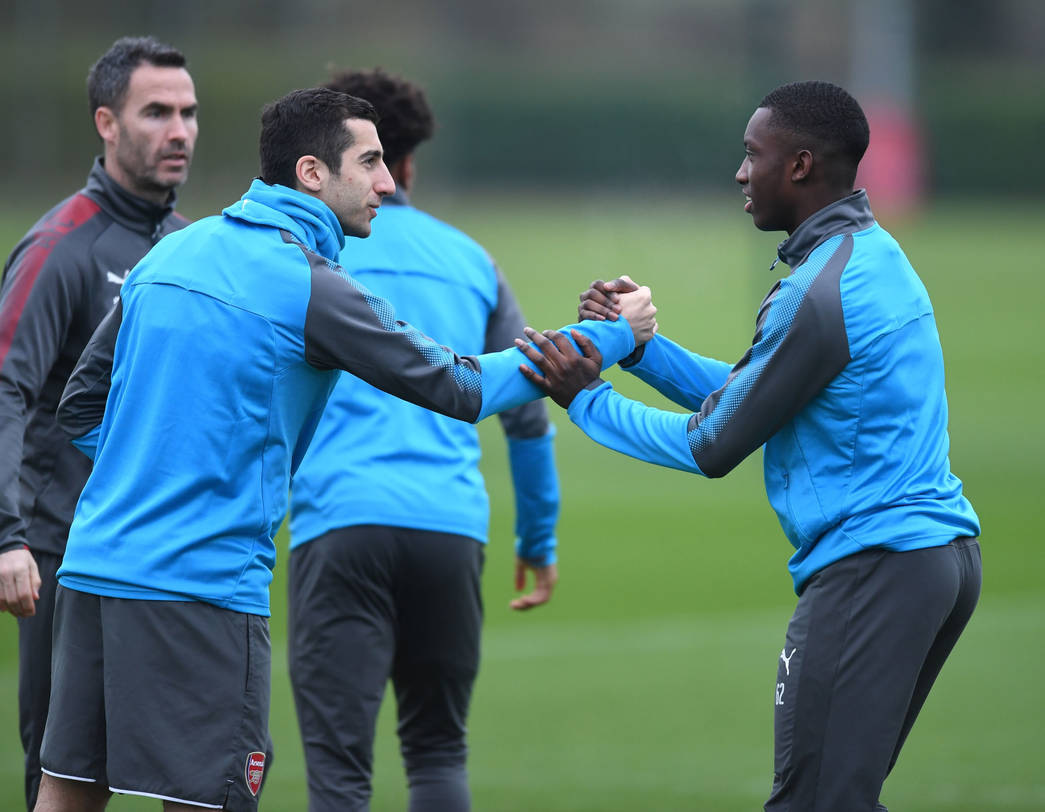 Rambo is probably not fit enough to start and Giroud and Welbeck are not fit enough to even be on the bench. I expect us to play with a back-four again and it will be another opportunity to rebuild confidence by establishing some solid defending between the fab four of Nacho-Mustafi-Koz-Bellerin; I am including Bellerin in this as I feel he stepped it up significantly in the last few games.

Elneny is Egyptian for very tidy and that is why I expect him to play in front of the back four once again tonight. He keeps things ticking over by accurate passing and good anticipation and allows both Xhaka and Wilshere to push up (I would also be very happy, ecstatic in fact, if Kola were to play in the Elneny role). Of course Chelsea is not Crystal Palace, so we need to see whether this attacking formation will work well for us tonight; but I reckon that the Swiss and English geniuses will sit a bit deeper than they did against the Eagles.

The left attacking side belongs to Arsenal again now that Sanchez is a Manc – “give the ball to me and I will decide what I will do with it, so get lost”, is no more. Our first three goals came from that side against Palace, which is telling. Alex Iwobi and Monreal will look to combine with each other at their heart’s desire on the left flank, supported as much as possible by Jack, Mesut, Granit and the omnipresent Alex Lacazetter.

I reckon our team will look like this tonight:

We could see Ainsley play instead of Nacho, who is fit again but may not be risked by Wenger. Rambo could start instead of Alexis Iwobi or Elneny, and Wenger may have a few other tricks up his sleeve but I would like us to start with the same eleven again. Against the Chavs we need to play with both intensity and discipline and our experienced back four and calm Elneny will offer us the right balance, I reckon. Let’s press them high and bamboozle with movement, slick, creative passing and deadly finishing.

Come on You Rip Roaring Gunners!